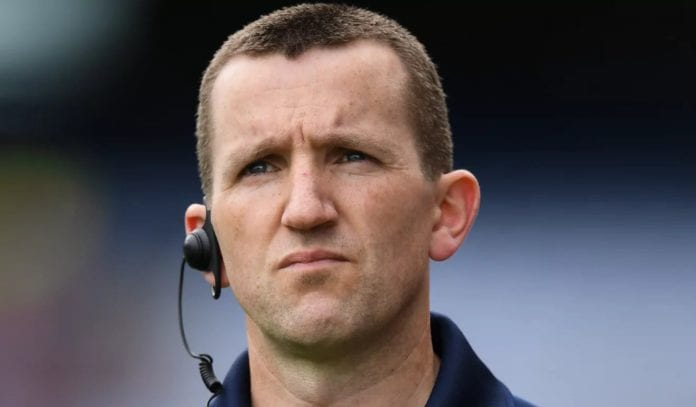 Media outlets are not famed for covering Junior C Hurling Finals.  With so much sport, especially in a county like Galway, it’s hard for the various local publications or radio stations to fit time or resources into covering these games.

Now, there’s no questioning they should do them, and with Galway Bay FM, they have when possible.  Indeed, I’ll never forget two consecutive cold December Saturdays when I was starting out in sports reporting back in the early 2000s and campaigns were only getting finished.

I can’t remember the games themselves, but I can remember how numb my fingers were.  But, while struggling to gain a composed voice for the radio links, I was determined to treat this game like any other final – Senior, All-Ireland etc.

These are county finals!  And the players competing have given up their time to compete (and train) for the chance to gain silverware.  For some, it could be their first or last shot at glory!  For others, family or work reasons counter against the necessary commitment and this grade allows them stay involved.

Of course, for others, it might just be handy 😀.  Now, I am being unfair but I smiled coming into Kenny Park on Saturday (22nd September) watching a player remove his gear from the boot.

He was chatting away to a colleague, got his gear out and locked the car, and then lit up a cigarette and headed to the pitch!  It was priceless!  I even tweeted about it.  It now felt like a County Junior C Final!

You'd know well its the day of a County Junior C Hurling Final when you pull into the car park, see a player getting his gear and then lighting a cigarette before heading to the pitch 😁

Of course, that’s just going along with the stereotype and all these players, including our smoking buddy, were treating this game seriously and it showed when Kilbeacanty and Turloughmore locked horns and eventually ended all square.

However, supporters, pundits or followers are always looking for someone who goes that extra step.  I was there to do commentary for Dermot Flaherty Video and below our commentary position, there was one player putting himself through a rigorous warm-up on his own beforehand.

At first glance, I thought it was him.  Then it certainly was him.  And I checked the match programme to confirm.

More famous now as the right-hand man flanking Galway senior hurling manager Micheal Donoghue (or under 21 hurling manager Tony Ward), there was Franny Forde putting himself through a drill no different to what he’d watch Joe Canning, Padraic Mannion et all do in the maroon and white.

I’m 40 and while I won’t out him, I believe Franny is a couple of years ahead of me. He may have been the oldest player lining out.  But his dedication and commitment was second to none.  And is showed out on the field.

His rampant runs were causing the Kilbeacanty defence no end of problems before he sent a crossfield ball into Joe Hession’s direction leading to Turloughmore’s goal on nine minutes.

And in the second half, he struck three superb points from play, added two frees and was unlucky to see another bounce of the upright.  He produced a man of the match performance (along with Kilbeacanty’s Conor Hennelly) and will be influential again in the replay.

Indeed, Hession is the senior manager and he wouldn’t be ill advised to consider Forde’s status after the replay takes place.

On a weekend where the golfing world marvels at the return of Tiger Woods to the winners’ enclosure, another dedicated craftsman continues to perfect his game on a smaller scale.  No doubt, if he’s reading this, he’ll be quick to point out no trophy has been won and wonder why this article made print.

But sometimes, it is important to note the contributions of our unsung heroes and acknowledge their efforts.  From a Croke Park Sunday just five weeks previously, a misty low-key affair doesn’t diminish the determination to succeed.

He’s still got it!  Glad I was there to see it!