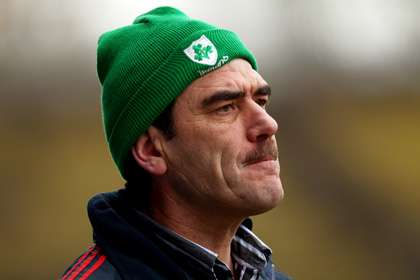 Two first half Enda Concannon goals and a Kevin Keane major gave Castlegar their first victory in 2018 running out 3-22 to 0-11 winners.

“That was the plan, just to get out there and start hurling.  And hopefully dictate the play and dictate the game and then they have to come to us.  It worked for us.

“You are rusty and you don’t know what’s going to come out the traps.  You’re hoping everything is Ok and you don’t know.  But there’s tougher days ahead and harder games ahead.  Today was great but it’s still only two points.  It’s all about Craughwell and Tommys (Larkins) after this now.”

Castlegar sit in joint third on three points from as many games, level with Tommy Larkins and one ahead of Craughwell.  And all three teams look like they’ll battle for the final two places behind Liam Mellows and St. Thomas.

“And I think we did that alright.  Maybe no more goals in the second half but we seemed to keep the work rate up which was very good.

“It’s a fierce tight group.  We’re equal with Tommys now and they’ve had three draws against probably the toughest teams in the group.  Probably unlucky in all fairness to them.  They could have won, obviously enough, all three games.

“But that’s the way it works.  Tommys are probably going to expect to win their last two games as well.  And we’re obviously enough going to be trying our damnedest to do the same.”

Castlegar take on Craughwell in their next fixture of the 2018 senior hurling championship on Saturday, 15th September.  Throw-in at Kenny Park, Athenry is 5.30pm.