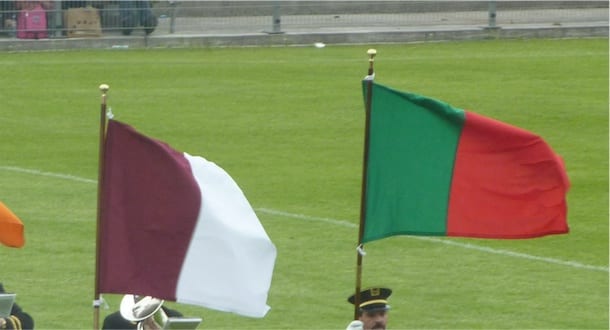 Galway football manager Kevin Walsh knows the rewards for winning their opening in the Connacht senior championship are massive when they face Mayo in the quarter-final on Sunday, 13th May.

The winners will reach the semi-finals and be heavily fancied to meet Roscommon in the provincial decider.  The losers though will need to advance through four qualifying games if they want to reach the new Super Eight round-robin competition.

Throw in some big Ulster names, including the losers of the Monaghan vs Tyrone tie, and there are no guarantee that one of these teams with Croke Park ambitions will be involved at the business end of the championship.

.@Galway_GAA manager, Kevin Walsh, knows there's a greater weight of expectation on his team than ever as they prepare for the @ConnachtGAA SFC quarter-final against @MayoGAA on May 13.

“Yeah it’s a huge game, there’s no doubt about that,” said Walsh to Cian O’Connell of gaa.ie at the Connacht championship launch. “We all know the length of the backdoor which is really, really long. One of the teams are going to be in there regardless of what it is.

“The fact that it’s maybe two teams from Division One, you have to be ready for either way so it’s important that whatever happens we take care of ourselves, there’s a lot of young fellas out there that’ll learn from it. I suppose the ideal route is the front door, but we’ll have to see how it goes.

“We’re playing the second best team in Ireland, but the expectation is that we’ll run them very, very close. We’ll have to deal with that.

“There are reasons for that I suppose and performing reasonably well in Division One where we’d be hoping the likes of getting to a League Final.”