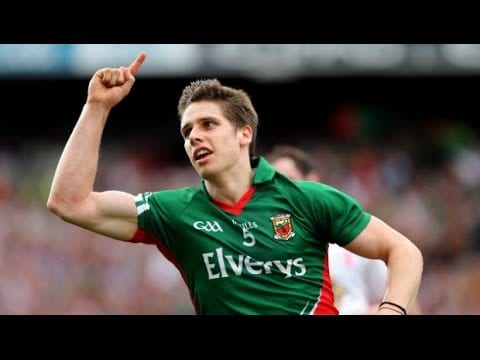 Keegan has recently returned to training following a shoulder operation and it was hoped he may be involved as the All-Ireland finalists look to end a two-game losing run against the Tribesmen.

“I wouldn’t say that,” said Rochford to Cian O’Connell of gaa.ie at the Connacht Championship launch.  “It’s only seven weeks this weekend, which is six weeks post op.

.@MayoGAA manager Stephen Rochford doesn't think that star defender, Lee Keegan, will have recovered from shoulder surgery in time to face @Galway_GAA in the @ConnachtGAA SFC semi-final on May 13.

“He’s back doing some running but hasn’t been in any contact. I don’t see him partaking in the game.  I know locally they’re all thinking how did Robbie Henshaw get back. In a professional environment, more can be done. He isn’t in our plans. We’re planning very much without him.”

Galway face Mayo in the Connacht Senior Football Quarter-Final on Sunday, 13th May.  Throw-in at MacHale Park, Castlebar is 4pm.