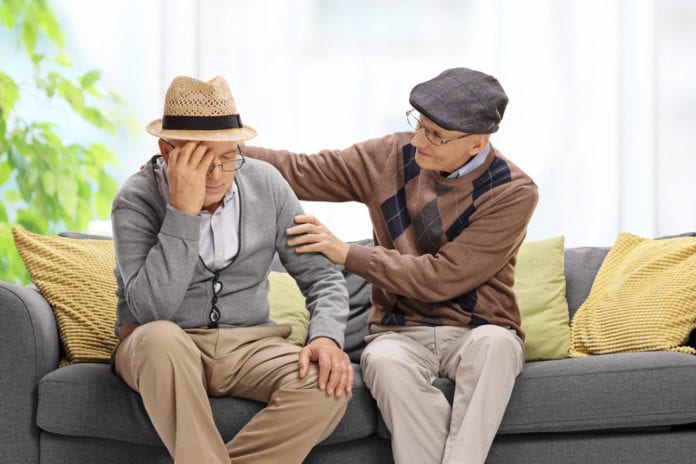 Results from a new study by psychologists at NUI Galway has found that personality traits can predict death in old age.

The study was carried out by Dr Páraic Ó Súilleabháin and Professor Brian Hughes from the School of Psychology at NUI Galway who wanted to know if some personality traits are linked to death in older adults.

This new study examined 417 adults between the ages of 70-100 years of age over a 19-year period in Berlin, Germany.

It found that the personality trait of neuroticism predicted death from all-causes over the 19-year follow-up period.

Neuroticism is one of the ‘Big Five’ personality traits in psychology.

People who score high on neuroticism are more likely to be moody and to experience feelings like worry, anxiety, fear, anger, frustration, jealousy, guilt, depression, and loneliness.

Crucially, the study found that people higher in the personality trait of neuroticism were at a distinctly greater risk of death than those within the average or lower ranges of neuroticism.

Neuroticism is a personality trait that all people possess.

Commenting on the study’s findings Dr Ó Súilleabháin from NUI Galway, said: “Personality is of critical importance to health, and is reflected in our biology and patterns of behaviour over long periods of time.

“This study provides strong evidence relating to the importance of the personality trait of neuroticism in impacting a person’s health and longevity in old age.”

The study also sought to find ways which may explain the finding.

The researchers found that neuroticism impacted the effects of a person’s ability to perform activities of daily living in old age (functional status), and a biological marker (the angiotensin-converting enzyme, ACE) on death.

They reported that functional status is a critical marker for the deterioration of health in old age, while ACE is a critical enzyme in a variety of diseases, most notably cardiovascular disease.

Dr Ó Súilleabháin, added: “Existing data suggests that by the year 2020, one in five Europeans will be over the age of 65 years. It is critical for future research to address the impact of neuroticism on the deterioration of health in old age, with a particular emphasis on its effects on cardiovascular disease.

This study provides exciting opportunities and research avenues for future work in this area.”

The study was published this week in the Journal of Psychosomatic Research.