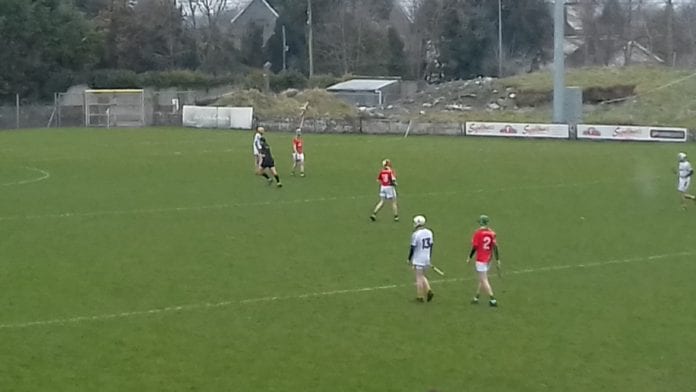 Portumna Community School already have one hand on the Connacht Post Primary Schools Senior B Hurling title in Duggan Park on Saturday thanks to two first half goals.

After Thomas Hegarty missed an early opportunity for Calasanctius College but they were made paid within seconds as Quirke took a cross field ball on the left flank before striking to the net.

Fleming added a free as the Meelick/Eyrecourt man made an impact before Calasanctius opened through a Sean Neary free on seven minutes.

Fleming made it 1-2 to 0-1 before he struck his goal on 12 minutes. Terence Fahy and Niall Fleming were involved before a great catch from John Fleming before he turned to his left and left Diarmuid Hanniffy no chance.

Neary and Aaron Callanan added two Oranmore white flags either side of a Fleming free before the Portumna centre forward’s first point from play left it 2-4 to 0-3 on 18 minutes.

A Niall Fleming delivery led to McLoughlin’s touch that caught Hanniffy off guard for the third goal.  But the Calasanctius keeper redeemed himself with three stops within minutes to keep his team in contention.

Isaac De Hora put over a free reducing arrears to nine points before Portumna finished the half with three more scores through John Fleming, Colin Madden and Oisin Sullivan for a 12-point cushion.