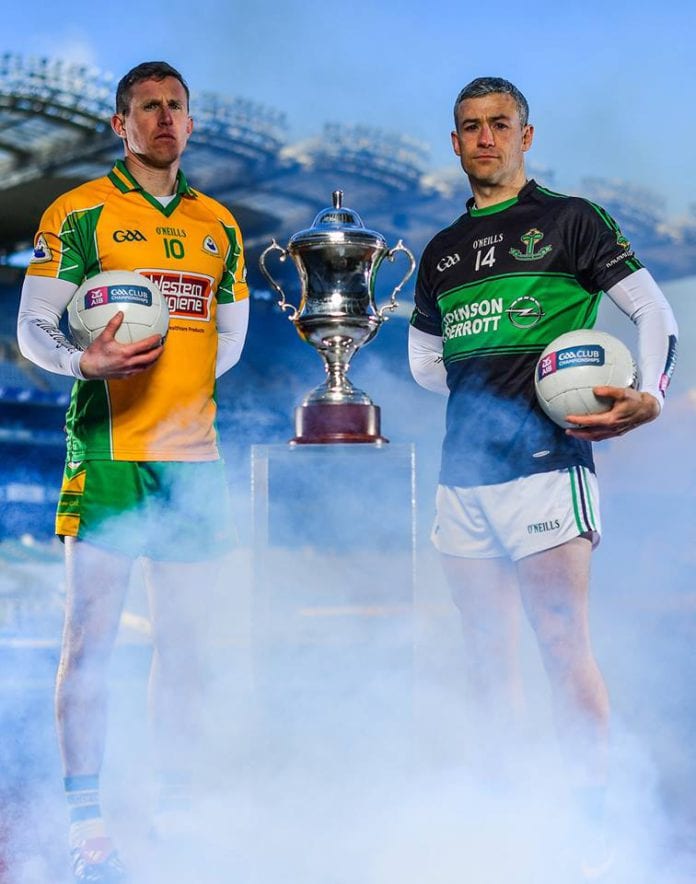 Corofin have one hand on the Andy Merrigan Cup at half-time after hitting Nemo Rangers early with two great goals to take a 10-point interval lead.

Gary Sice and Michael Farragher got the goals giving the Galway champions a massive cushion ahead of the second 30 minutes.

Sice kicked the opening score on four minutes but three minutes later, he was on hand to finish to the net putting Corofin 1-1 to 0-0 clear.

Luke Connolly opened Nemo Rangers’ account but Corofin continued to hit the accelerator.  Five scores in seven minutes put eight between the teams as the Cork champions couldn’t get out of first gear.

Jason Leonard, Dylan Wall, Martin Farragher, Micheal Lundy and Sice troubled the umpires to make it 1-6 to 0-1 on 18 minutes.  But 60 seconds later, Michael Farragher finished for the second goal and Kevin O’Brien’s charges were out of sight.

Nemo Rangers started slowly in their semi-final win over Slaughtneil but not by this much of a gap.  However, they held their own in the final 10 minutes outscoring their opponents by 0-4 to 0-3.

Paddy Gumley and Paul Kerrigan were on target with Connolly getting two more.  But scores for Martin Farragher, Sice and Daithi Burke have Corofin 10 points ahead and on course for a third All-Ireland Senior Club Football Title.