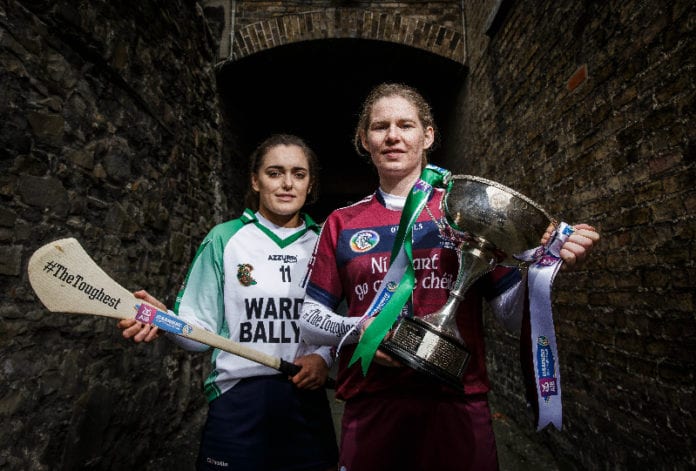 It’s an All-Ireland Senior Final rematch as Sarsfields go in search of a maiden title when they face Derry’s Slaughtneil who denied them 12 months ago.  Mary Kelly’s goal just after half-time left them chasing their Ulster opponents who held on for a 1-10 to 0-11 victory.

The game was originally scheduled for March 4th before Storm Emma and the ‘Beast From The East’ forced a two-week postponement.

Sarsfields were a team backboned by under 16 and minor winners and a year later, they still are a young outfit whose oldest starting players are just 25 years old.  The theory is they haven’t yet reached their peak but they are playing in Croke Park for the second time.

Manager Michael ‘Hopper’ McGrath was in the club’s hurling team that created history 25 years ago this month.  They beat Limerick’s Killmallock in the 1993 All-Ireland final before becoming the first ever to successfully retain the title against Tipperary’s Toomevara the following year.

Sarsfields regrouped to reach the county semi-final before riding their luck against St. Thomas.  It took scoring blitzes from Niamh and Siobhan McGrath to get them over the line and pundits weren’t backing their championship credentials.

They delivered the performance of the year beating Mullagh 3-10 to 1-7 to retain the Catherine Donnellan Cup before another close encounter in January’s All-Ireland semi-final against Tipperary’s Burgess/Duharra.  Rachel Murray’s winner helped them to a 0-10 to 0-9 victory.

Throughout the team, Sarsfields have inter county experience.  Laura Ward, Aisling Spellman, Tara Kenny and Clodagh McGrath anchor the defence; Kate Gallagher and Niamh McGrath compliment each other in midfield; while Orlaith and Siobhan McGrath, and Maria Cooney will lead the attack.

If Sarsfields can reproduce anything like October’s display against Mullagh, they will be hard bet.  They have also proven against St. Thomas and Burgess/Duharra that they can squeeze out tight matches.  But if they can set the tone, Galway could have their first All-Ireland winners since Killimor in 2011.