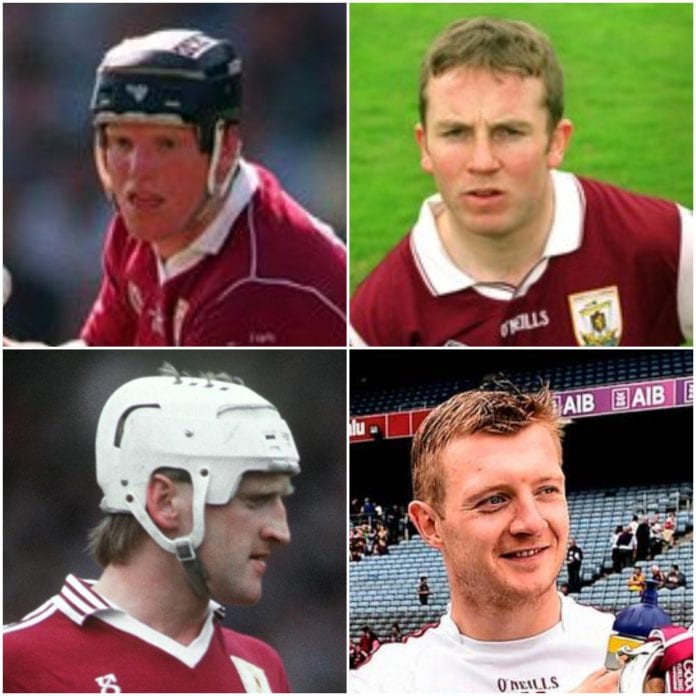 The semi-finals concluded in the early hours of Thursday morning (17th May) and now, our twitter competition to declare ‘Galway’s Greatest Hurler’ is down to the FINAL FOUR!

It will be two 1980s legends, a sensation from the class of 2017 and another who blossomed in between fighting it out to be recognised as the greatest performer in a maroon and white jersey.

For the third round in-a-row, Joe Cooney topped the poll again getting 76% in his quarter-final as he comprehensively booked his final place ahead of David Burke (15%), Michael Coleman (6%) and Bernie Forde (3%).

After not being in the top three in the previous rounds, Joe Canning’s challenge received a major surge as picked up 68% beating John and Joe Connolly (16% and 10% respectively) and Brendan Lynskey (6%).

Tony Keady finished top of his group again as he built an early lead before finishing with 56%, staying clear of Ollie Canning (23%), Gerry McInerney (17%) and Iggy Clarke (4%).

But in the tightest contest that was still inconclusive going into the night, Kevin Broderick emerged to take his final spot in a group that changed leaders plenty of times.  The Tynagh/Abbey-Duniry man finished with 33% ahead of Pete Finnerty (29%), Eugene Cloonan (24%) and Noel Lane (14%).

The final, starting shortly (Thursday) is a straight shoot-out between the four semi-final winners.  The top player will be crowned by our followers as ‘Galway’s Greatest Hurler.’

As mentioned before the competition started, any ties would be settled by the adjudication committee and but they were not called upon to make any decisions in this round.

The polls will stay open for 18 hours and the WINNER will be declared on Friday.

WHO DO YOU FEEL IS GALWAY'S GREATEST EVER HURLER?