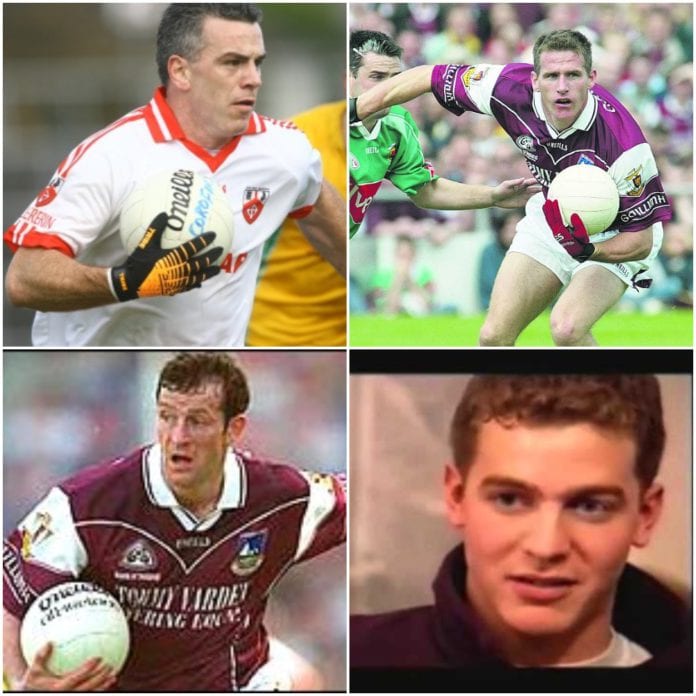 The semi-finals concluded in the early hours of Thursday morning (24TH May) and now, our twitter competition to declare ‘Galway’s Greatest Footballer’ is down to the FINAL FOUR!

In a shocking twist, it’s the class of 1998 that dominate the final group with four members from Galway’s first successful win in 32 years making up the selection to decide the best of them all.

That means that older legends like Enda Colleran, Mattie McDonagh and Sean Purcell had to be content with semi-final spots along with multiple county champion Kieran Fitzgerald.

After not being in the top four after the first round, Padraic Joyce topped the poll with 84% after he came through his semi-final.  He beat McDonagh (12%), Pat Donnellan (2%) and Noel Tierney (2%).

Next highest was Michael Donnellan who’s also gained momentum over the three rounds.  The Dunmore native finished with 70% ahead of Fitzgerald (18%), Jimmy Duggan (6%) and Tomas Mannion (6%).

After topping the poll in the previous two rounds, Jarlath Fallon finished third this time but was still a comfortable semi-final winner getting 69%.  Next was Colleran (15%) followed by Val Daly (10%) and Gary Fahey (6%).

And in the biggest surprise of the round, Sean Og De Paor edged home in the tightest contest getting 41%.  In what looked a three-horse race until near the finish, the An Cheathru Rua man beat favourite Purcell (31%), current Galway manager Kevin Walsh (21%) and early poll topper Derek Savage (7%).

The final, starting shortly (Thursday) is a straight shoot-out between the four semi-final winners.  The top player will be crowned by our followers as ‘Galway’s Greatest Footballer.’

As mentioned before the competition started, any ties would be settled by the adjudication committee and but they were not called upon to make any decisions in this round.

The polls will stay open for 18 hours and the WINNER will be declared on Friday.

WHO DO YOU FEEL IS GALWAY'S GREATEST EVER FOOTBALLER?