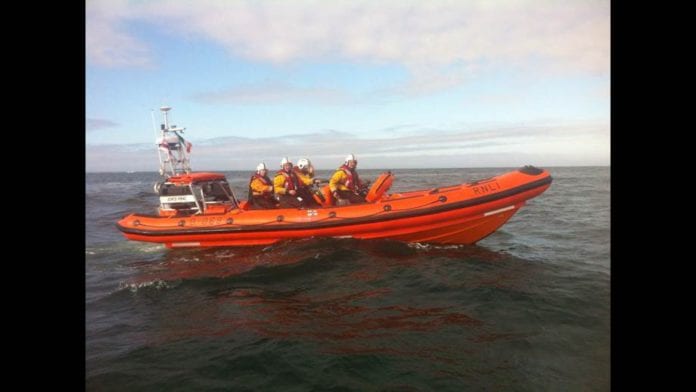 Clifden RNLI has extended its sincere sympathies to the family of the fisherman, 62 who died yesterday off Cruagh Island, saying “Our thoughts are very much with them at this time.”

The alarm was raised by another fisherman shortly before 5pm yesterday.

Both of Clifden RNLI’s Atlantic 85 inshore and the Mersey class all-weather lifeboats launched and made their way to the scene off Cruagh Island, approximately seven miles from the station.

The Rescue 115 helicopter from Shannon was also tasked.

Once on scene, a search commenced and the helicopter crew spotted the casualty in the water and guided Clifden RNLI’s Atlantic 85 lifeboat to him.

Speaking this morning following the death of the fisherman, John Brittain, Clifden RNLI Lifeboat Operations Manager said: “All at Clifden RNLI would like to extend their sincere sympathies with the family of this man. Our thoughts are very much with them at this time.”