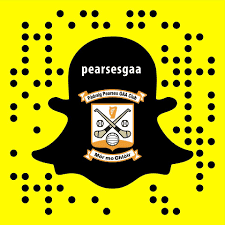 Padraig Pearses manager Shane Cusack was very happy with his side’s effort as they got their senior hurling championship campaign back on track last Saturday (1st September).

Goals from Sean Hardiman and Gareth Lally helped the Gurteen/Ballymacward team to a 2-19 to 0-11 victory over Abbeyknockmoy in Duggan Park, Ballinasloe and moved them into second spot in the Senior B Group 2 section.

The result as Pearses on four points from three games, one behind Tynagh/Abbey-Duniry and another win over Moycullen a fortnight later will put them in a strong position regarding qualification.

“We’ve one win and one loss so this is essentially moving week.  After this in some of the groups, some of the teams will be out so we had to make sure that we were in the best position going forward for us.  Which obviously meant this was a must win game.

“I’m sure every team would target this game (third round) to get momentum up.  In Galway club hurling, it’s all about momentum at this stage and we’ve got it up.  Fortunately, we got it today and we’re looking to push forward from here now.”

One primary difference noted between the two teams was Padraig Pearses’ relentless and the discipline in the tackle and they profited from Abbeyknockmoy errors.

“We put a lot of emphasis on the tackling all year long,” added Cusack.  “And it’s great to see that come to fruition today.

“We’ll just look at Moycullen (their next opponents) and reassess then after that.

“We were very disappointed with our performance against Athenry.  We felt we took our eye off the ball a small bit.  Lads got a little bit complacent and lads assumed they were going to win as we had a good start.  And we didn’t do ourselves justice that day.  So, we won’t be taking anything for granted.

“We’re just looking at the next game and just bringing it on from there.  If everyone brings what we had today, I think we’ll take some stopping absolutely.”

Padraig Pearses face Moycullen in their fourth group game in the 2018 Senior Hurling Championship.  That will take place the week ending Sunday, 16th September and no details have been confirmed yet.