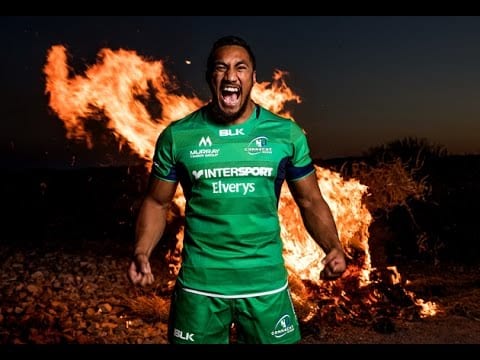 In a tight poll that had to be split on countback, Bundee Aki was the winner of our poll competition this week as he got the decision ahead of Jarrad Butler.

Aki and Butler both finished the final with 32% of the vote ahead of Tiernan O’Halloran on 28% and Matt Healy on 8%.

The leading player also scored 32% in their respective semi-finals but Aki was declared the winner as he scored 61% in his quarter-final, just 1% ahead of Butler (60%).

Who has impressed you most this year as we pick our Player of the Year?@connachtrugby #galwaydailyallstars

As well as his strong performances for Connacht, Aki made his mark for Ireland having passed the three-year residency rule to be declared eligible.  And the centre was a key figure as the country won just their third ever Grand Slam.

And he capped off his year with the province scoring a try in their epic final round victory over Leinster.  While his Irish involvement, which will include their tour to Australia in June, did restrict his game time for the province, he made a mark throughout the year and gets the nod as the …

An easy choice for my @druidsglen Moment of the Year: Winning the Grand Slam with my Irish brothers! 💪☘️ #RugbyAwards18 pic.twitter.com/hTPdscNAV1

All smiles in Galway! Bundee Aki during today's @connachtrugby training session at the Sportsground. pic.twitter.com/urCQIxP0Hz