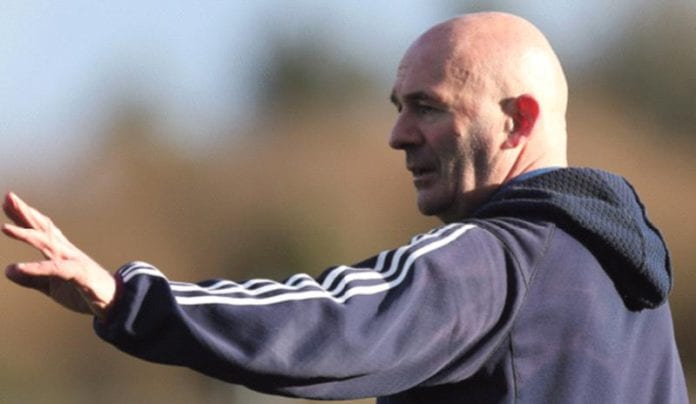 Tony O’Donovan has stepped down as Galway senior camogie manager after just four months in charge.  As reported in Thursday’s Connacht Tribune, O’Donovan agreed to step away from the position with immediate effect following an in-depth review of the 2018 Littlewoods Camogie League season.

After falling to Cork in their opening game, the Tribeswomen picked up three consecutive wins over Tipperary, Offaly and Wexford.  But their campaign ended on March 11th when they went down to Kilkenny in the league semi-final.

A spokesperson for the County Board did confirm when contacted by Galway Daily that O’Donovan has stepped down from his role as senior manager but that no new appointment has been made.  They will release a statement on the matter later today.

O’Donovan led Galway’s under 16s to All-Ireland glory in 2016 and 2017 as well as managing Oranmore/Maree to the 2017 county senior league after two promotions from junior and intermediate in 2013 and 2014.

According to a statement released by O’Donovan, he “has agreed to take up an exciting new role within the county as Galway Camogie Coaching Officer.  Tony will work in tandem with Youth Development Officer Brian Griffin in developing structures that will continue to bring improved uniformity and direction in coaching county wide.”

O’Donovan also “thanked the chairman Gerry Hennelly and the committee for their continued support and complimented the board for their endeavors and ideas in developing camogie at both club and county level.

“Tony thanked the outgoing management team for all the work in preparation of the team and expressed his enjoyment working with such an elite and dedicated group of players and extended his best wishes to the squad and to the returning players from Sarsfields and Athenry going forward together in pursuit of the O’Duffy Cup.”

Galway camogie are now searching for their fourth manager since Tony Ward stepped down in December 2015.  Ollie Bergin and Mark Dunne oversaw the senior team in 2016 and 2017 respectively before O’Donovan took over the reins just last November.

The new manager will have plenty of time to prepare as Galway don’t see action again until they begin their All-Ireland campaign against Clare on the weekend ending June 10th.