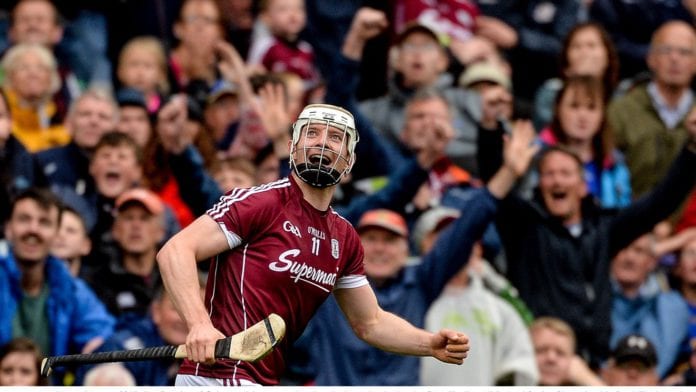 All-Ireland senior winning hurler Joe Canning has lent his support to the upcoming Feile na nGael competitions after recording a message with one of the Na Fianna camogie team who qualified for the event in June.

A big shout out to hurling legend Joe Canning for his lovely message to Aoife here and our u14 Camogie girls.

They won the blitz and are off to Féile in June to @StThomassHC Galway.

Galway are one of the host counties for the 2018 instalment of the hurling and camogie competitions that will see action take place across 16 different divisions in Galway, Mayo, Sligo, Leitrim, Roscommon, Westmeath and Longford.

The John West sponsored event will see 256 teams in action from Friday, 8th June until the following Sunday including 128 host sides (72 hurling and 56 camogie).

Na Fianna were Meath winners and qualified for Division Two of the camogie competition and their hosts will be St. Thomas.  Eyrecourt are also in the group along with the Down representatives.

Mullagh/Kiltormer, Ardrahan, St. Colman’s, Liam Mellows and Turloughmore are also participation in that division while Carnmore, Athenry, Abbeyknockmoy, Sarsfields, Craughwell, Clarinbridge, Davitts and Shamrocks will participate in camogie’s Division One.

This is the third year that John West will sponsor the underage tournament, the biggest competition of its kind in Europe and it was launched in Croke Park on Monday, 24th April.

And 41 Galway clubs will also host games across nine grades including Killimordaly, Sarsfields, Craughwell, Clarinbridge, Turloughmore, Castlegar, Tynagh/Abbey-Duniry and Loughrea in Division One.

The Full Draw Can Be Found on the Connacht GAA website.