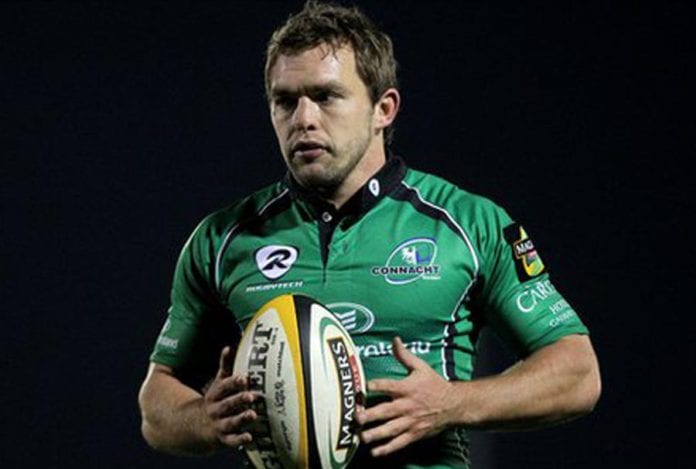 O’Loughlin and his company Glofox took home the top award after also winning his national category, Best Established Business, and securing a total investment fund of €40,000.

Funding for the LEOs and the IBYE competition is provided by the Government of Ireland through the State Agency, Enterprise Ireland.

And the BIG ONE. The overall winner of #IBYE 2018 is Conor O’Loughlin, Glofox. Congrats! pic.twitter.com/9A0aOsbhP6

O’Loughlin, representing Local Enterprise Office Dun Laoghaire Rathdown, played 97 times for Connacht, including a Challenge Cup Final against Harlequins and appearances for Ireland ‘A’ and U-21, before retiring at 28 due to a hip injury.

The former scrum half went on to set up Glofox, a gym management software system, in 2014.  The business, which allows both gym members and gym owners to access usage, payment and service information, now has over 1,000 customers spread across 23 countries.

O’Loughlin retired from Connacht Rugby at 28 following a hip injury.  He played 97 times for the province including a Challenge Cup Final against Harlequins and also represented Ireland at ‘A’ and U-21 level.

The Athlone native now oversees the company that has over 1,000 customers in 23 countries growing from 300 at this point in 2017.  In 2018 they have established an office in New York with 60% of their install base now in the United States.

“This is fantastic and such a huge shock considering the calibre of business and entrepreneurs here today,” said O’Loughlin on IBYE’s official website.

“I can’t quite believe it looking around at the competition but I have to thank my Local Enterprise Office Dun Laoghaire Rathdown and Enterprise Ireland who have been a huge help to me right from the start and without whom I wouldn’t be standing here today.”

There was another Galway winner in the Best Business Idea category as Kildare native Brendan Boland of Loci Orthopaedics won €12,000 representing the county’s Local Enterprise Centre.

The Ireland’s Best Young Entrepreneur (IBYE) programme has been running since 2014.  More information can be found on www.IBYE.ie.  And for more information on Local Enterprise Office initiatives, see www.LocalEnterprise.ie