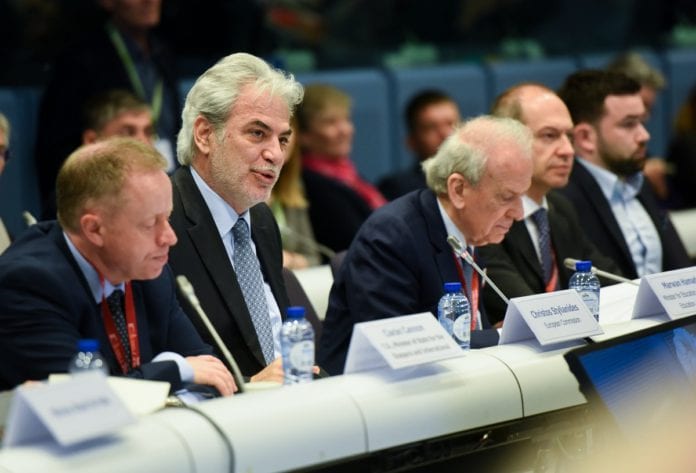 Galway East TD Ciarán Cannon has been named as a Political Champion for Education in Emergencies.

The concept of global Political Champions for Education in Emergencies has been developed by Nobel Peace Prize winner Malala Yousafzai, who met with the Galway East Fine Gael TD in New York last September.

Her Malala Fund advocates for every girl’s right to free, safe, and quality education.

The idea of providing quality education in emergencies in refugee settings worldwide is rapidly gaining traction, as many children are now spending all of their educational life in refugee camps.

Cannon,who is Junior Minister for International Development, was named as a Political Champion alongside the Lebanese Minister for Education, Marwan Hamade and EU Commissioner for Humanitarian Aid, Cristos Stylianides.

Minister Cannon said: “We are now seeing children spending over ten years in refugee camps worldwide and being denied their right to a quality education.

“It is critically important that educational provision becomes an integral part of our humanitarian response and up to recently, it simply wasn’t seen as a priority.

“We must provide a quality education to children in refugee settings so that they don’t become totally disillusioned and alienated from society.”

The Minister is in Brussels attending a pledging conference for humanitarian aid in Syria and its adjoining regions.

The conference brings together 85 countries to discuss key aspects of the Syrian crisis.

Minister Cannon added: “Ireland remains totally committed to playing its part in responding to the humanitarian needs of the Syrian people.

“The UN has described the Syrian conflict as the largest humanitarian crisis since World War II with 13 million people in need of humanitarian assistance.

“Some 2.8 million Syrian children remain outside any form of organised learning. As a Political Champion for Education in Emergencies, I will be advocating for increased funding for education in refugee settings across the world.

“It’s a vital investment if we want to build peace and counter the very reasons why conflict occurs in the first place.”