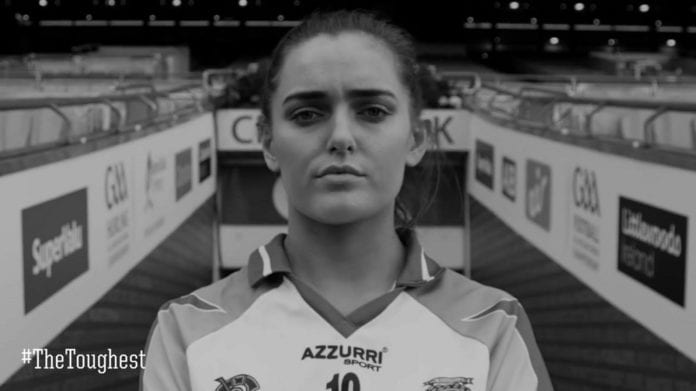 Orlaith McGrath was Sarsfields’ captain that day and she retained the armband for this campaign as the New Inn/Bullaun/Woodlawn team successively retained their county title in October before beating Burgess/Duharra in the All-Ireland semi-final.

She chatted to Galway Daily ahead of Sunday’s game.

“It’s been five weeks since the semi-final,” said McGrath.  “It’s a nice wait in one sense you look at it.  But I suppose it’s absolutely flown by preparing for an All-Ireland Final.  It’s just a massive position to be in heading into our second All-Ireland Final.

“It’s hard to believe in one sense it’s 12 months since the All-Ireland Final.

“That feels like it was last week almost.  It kinds of sticks in your mind.  We’re just happy to be back there, happy to get that second opportunity at (the) All-Ireland Final.

“If someone told us a week after that, we’d get a second opportunity to go at it again, we’d take it.  But we hadn’t so we’re Ok where we are and just looking forward to it really.

“There’s a massive difference in our attitude and our preparations.  Last year, subconscious to ourselves, even though we tried to channel that away from a novelty factor about Croker and what not.  But I suppose with your first county title, that kind of goes with the excitement and the hope.

“And by taking your eye off the match a tiny bit even though as much as a panel we tried (not) to.  With the young panellists, it’s impossible not to that.  I suppose this year, we’ve that bit more maturity.  We’ve gone through the Galway championship which is a massively hard championship to win.

“We’ve gone through the (All-Ireland) semi-final.  And we’re trying to treat it more as a game rather than this occasion, this occasion in Croke Park.  At the end of the day, it is only a game.”