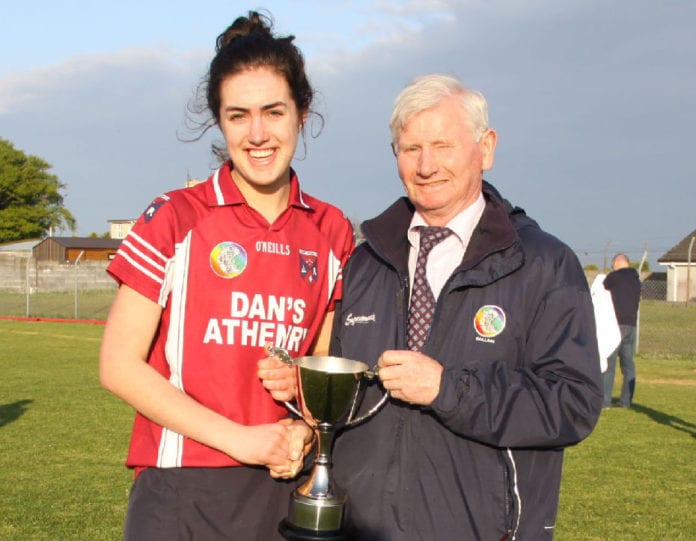 It’s their first trip to Croke Park as the biggest day in club camogie only moved to GAA headquarters in 2011.  Wing back Lorna Hannon has been given the honour of captaining her club in their biggest game in nine years and she chatted to Galway Daily ahead of the big match.

“There’s been such a big build up all around the parish and everyone is so excited,” said Hannon.  “Just to see the bunting has gone up in the town and stuff like that.  I never thought at the start of the year, obviously it crosses your mind that you might play in Croke Park and reach that far.

“But just then step-by-step winning the County Final, Connacht Final, All-Ireland semi.  You get to the semi and you begin to dream about making it to Croke Park and I suppose those dreams have become a reality now.

“(If you) walk through the town, you’ll definitely bump into someone wishing you luck and stuff like that.  All the posters in the shop windows (and) posters around every corner in the street.  Really, it’s great and everyone is just wishing you the best and hoping that we win the final.

“Then we took a short break before Christmas and then we came back and ready to go again.  So, it’s just been full steam ahead since then.”