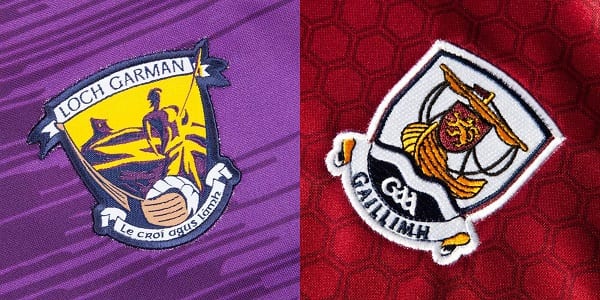 Galway’s National Hurling League quarter-final meeting with Wexford has been fixed for next Sunday (March 18th) in Innovate Wexford Park at 2pm.

It’s the first meeting between the counties since the Tribesmen prevailed 0-29 to 1-17 in last year’s Leinster Hurling Final with over 60,000 in attendance.  The sides also meet in this year’s Leinster Championship on June 3rd.

@Galway_GAA will travel to Wexford Park next weekend to play @OfficialWexGAA in the AHL Qtr. Final. It’s a dry run for the LHC game fixed for June 3rd. @TribesmenGAA

Before their loss to Limerick yesterday (Sunday 11th March), Davy Fitzgerald’s side were the last team to inflict defeat on the eventual All-Ireland champions.  The Model County came back from behind to beat Galway in February 2017 by 1-21 to 3-13.

The Tribesmen went on a 16-match unbeaten run since before Limerick ended their dominant spell with a  2-18 to 1-19 victory in Salthill.  This denied Galway promotion to Division 1A for a second consecutive year.

Wexford also lost on Sunday as Brian Cody scored his first win over the Slaneysiders in 14 months with Kilkenny winning 0-22 to 0-19 in Nowlan Park.

The result meant Wexford finished 3rd in Division 1A and face Galway who came 2nd in Division 1B.  The winners will meet Offaly or Kilkenny who play the same day in Tullamore.

Indeed, all four quarter-finals take place on Sunday.  Tipperary travel to Parnell Park to take on Pat Gilroy’s Dublin in the other side of the draw.  And Limerick will welcome close rivals Clare to the Gaelci Grounds.