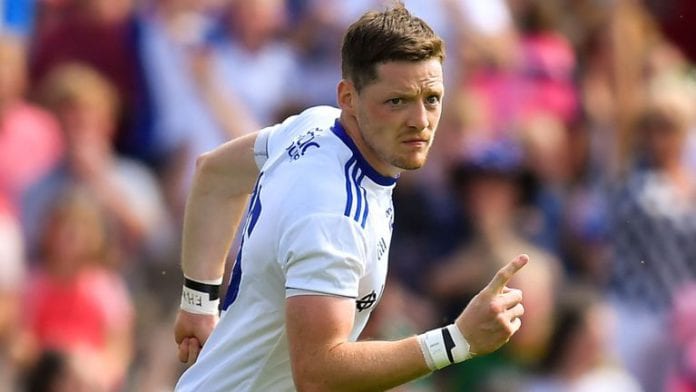 Monaghan forward Conor McManus has said his side face a “big challenge” when they travel to Pearse Stadium on August 4th to face Galway in the last round of the Super 8s.

Anything but defeat will guarantee the Farney men will qualify for the semi-finals but a victory will provide the extra carrot of avoiding Dublin in the penultimate round.

Galway will be equally determined to keep their unbeaten run intact while Kerry, who face Kildare in Killarney, will hope the Tribesmen deliver for their home fans during race week as they look to overtun the Ulster outfit and steal a final four slot.

Monaghan led for much of their tie in Clones against Kerry but got caught at the finish in a 1-17 each draw, hence their qualification is not secure yet.

“It is a difficult one but it was a difficult one (against Kerry),” said McManus to Kenny Archer of the Irish News.  “Kerry were coming here as favourites and one of the top teams in the country and we gave them a run for about 74 minutes there – we just forgot about the last minute.

“Look it, it is what it is. We have to dust ourselves down and go again. We have a game in two weeks’ time and have chances to still make an All-Ireland semi-final and it’s a chance we’ll do everything to take.”

“To get into an All-Ireland semi-final we have to go and beat a very good Galway side and that is a big challenge. They’re already through so it’s just about focusing now on two weeks’ time.

“Galway are very well set up, they are very good defensively, and they can hit you going the other way so it’s very much all to play for.”