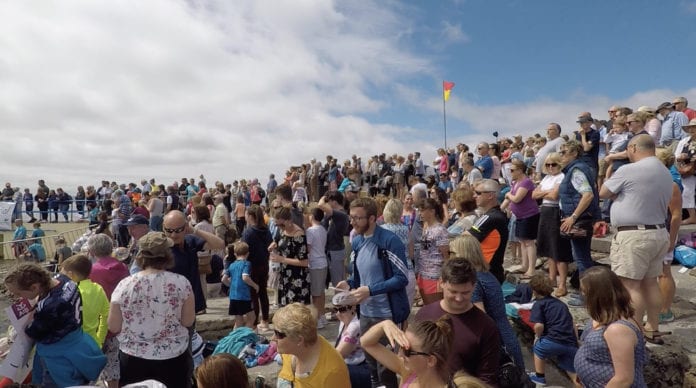 Now in its thirteenth year, the swim has become one of Ireland’s biggest and longest one day swims and donations can still be made online.

The swim which started with just three swimmers in 2006 has become one of Ireland’s biggest and longest one day swims. 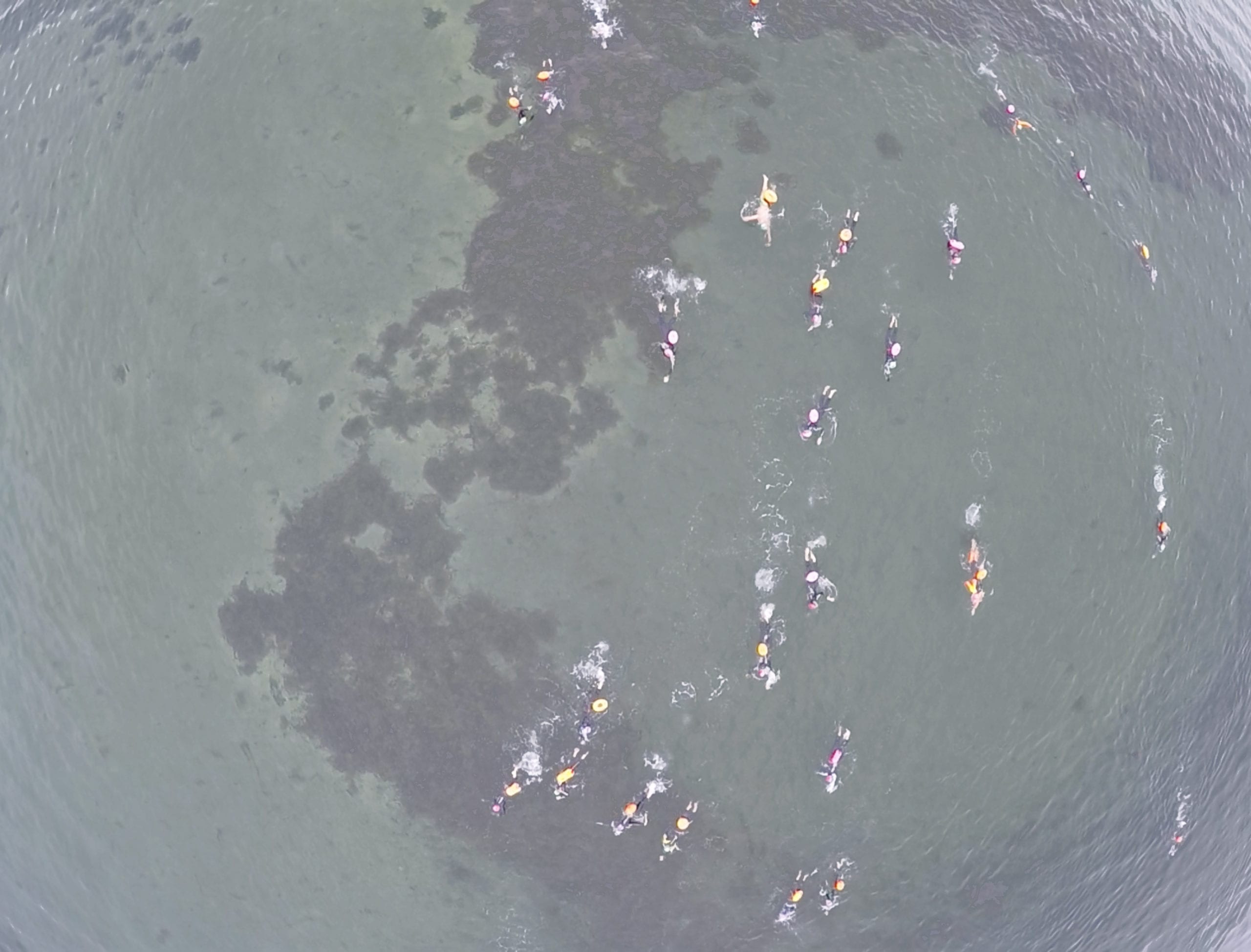 This year, 146 swimmers began their 13 kilometre swim in Auginish in Co. Clare and finished at Blackrock Diving Tower in Salthill.

Hundreds of people welcomed home the victorious swimmers at Blackrock Tower from 12 noon.

Swimmers from across the world took part in the event, which saw a total of 65 solo swimmers and 65 relay swimmers taking part in teams of 2,3 and 4 swimmers.

Safety as always was a priority for the swim, the swim would not be possible without the maritime community in the west.

Each swimmer taking part needs a boat to follow and track their swim.

The swim has become one of the most important fundraising initiates for west of Ireland charity Cancer Care West.

This year the event is hoping to raise close to €120,000 through swimmers raising funds and awareness as well as bucket collections that were happening throughout Saturday. 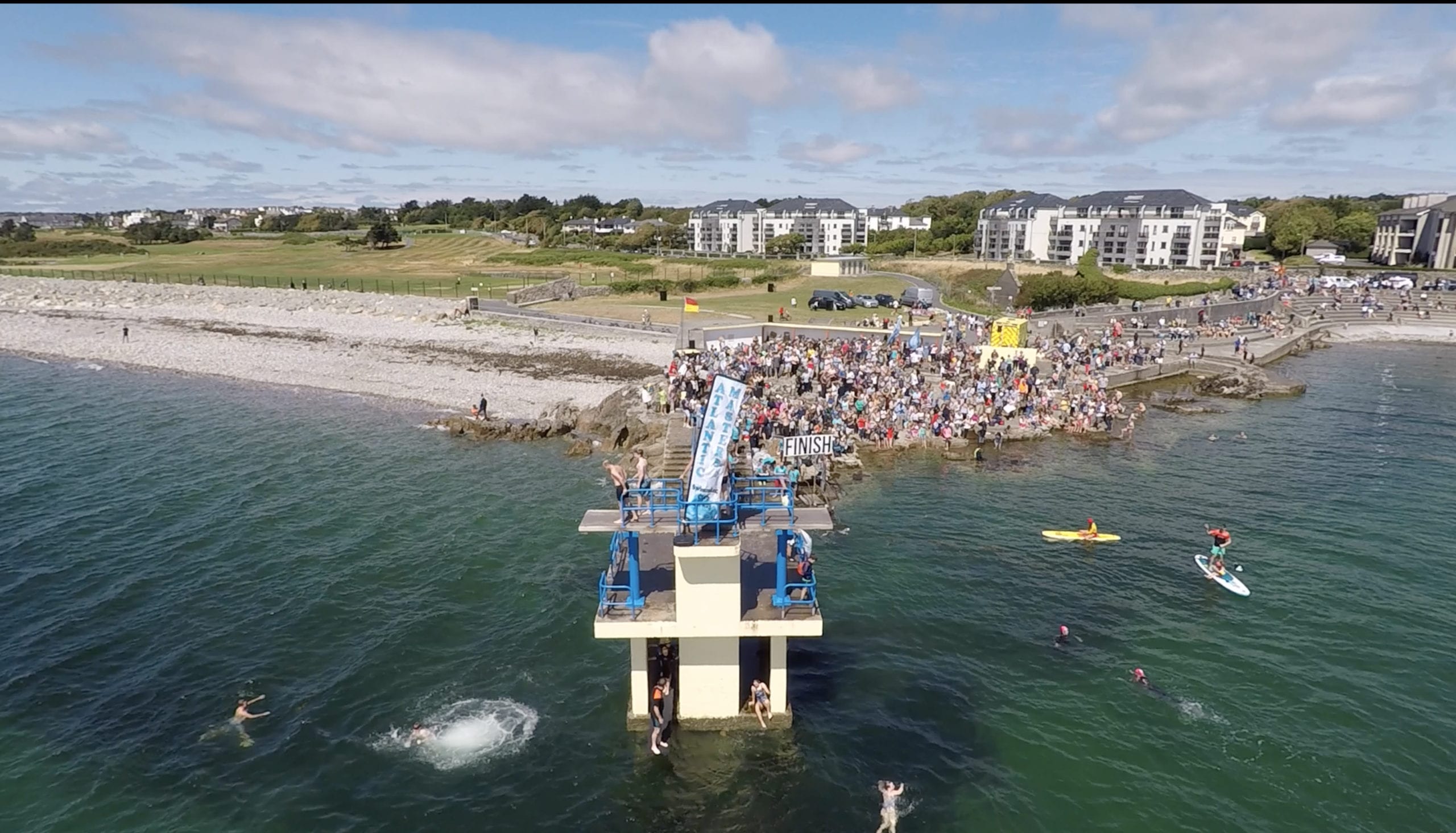 Spectators and swimmers were treated to refreshments by Mr Waffle and all monies raised goes directly to Cancer Care West.

Kevin Thornton, son of Frances and one of the organisers of the annual Galway Bay Swim, said: “Having helped to start the event back in 2006 with just 3 swimmers, the Thornton family are immensely proud to continue to be a part of what has become the biggest annual fundraiser for Cancer Care West.

“The event leans heavily on the large maritime community of Galway Bay and the businesses within our home village of Salthill. The event wouldn’t be possible without their help.

“For the swimmers, our swim offers the open water experience of a lifetime and the opportunity to do their own little bit for the person in their lives that has been touched by Cancer.

“Everyone involved takes part in the event for their own special reason and we are honoured that the memory of our mother Frances, who loved to swim, lives on through those making the annual crossing across Galway Bay.”

Last year’s swim raised €108,000 for Cancer Care West, these monies raised helped to fund the expansion of support services for cancer patients including a counselling service for children and a dedicated gym rehabilitation space for cancer patients.