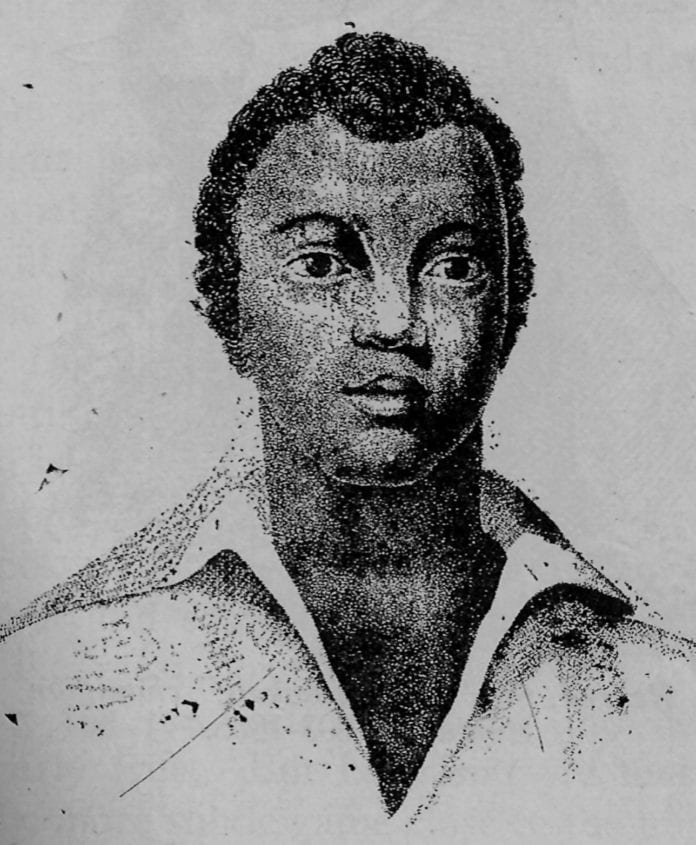 Exactly 200 years after his death, former boxing champion Tom Molineaux will be remembered with a plaque and an exhibition about his life in Galway City Museum.

The former slave travelled to England in 1809 making a name for himself on the boxing circuit having impressed as ‘Champion of America’ in New York.

Molineaux, who took the name of his owner, was born into slavery in 1784 and was granted his freedom after winning a fight that won his plantation owner’s son $100,000.

The African-American was given his freedom and $500 for beating another slave and headed east from Virginia before crossing the Atlantic Ocean.

@WildCardDistrib when you visit Galway tomorrow for world premiere of KATIE why not drop in to see new exhibition about another legendary boxer Tom Molineaux (1784-1881), the slave who fought his way to freedom @GalwayMuseum right across the road from @PalasGalway @KatieTaylor pic.twitter.com/cUGPwA5yeh

He was trained by Bill Richmond and competed in nine official bouts including two contests for the English title against Tom Cribb.  Molineaux came up just short after 39 rounds the first time, in December 1810, but received an ovation at the Stock Exchange as his name spread across the island.

They battled again the following September in a much shorter bout.  Molineaux rounded out his career with wins over Jack Carter and William Fuller before retiring following a loss to George Cooper.

After participating in exhibition tours around Scotland and Ireland, Molineaux made his way to Galway in 1818 but a fever epidemic resulted in him taking ill and he died on August 4th.

He was buried in an unmarked grave in Mervue after passing away at the Galway Army Barracks in Lombard Street.

Inducted into the International Boxing Hall of Fame in 1997 and the ‘Bare Knuckle’ Hall of Fame in 2010, Molineaux will finally be acknowledged.  On August 2nd 2018, a plaque will be unveiled at St. Patrick’s National School, the site of the Army Barracks where he died at just 34 years old.

The plaque is commissioned by Galway Civic Trust and Galway City Museum, who will host an exhibition and also a summer camp called ‘When Tom Was King’ for teenagers done in conjunction with gkmedia.ie.  Further details can be found at galwaycitymuseum.ie.

Tom Molineaux was an unknown ‘sports star’ who ended his own journey in Galway.  But he was considered an unofficial boxing world champion who sadly died destitute and with no money.  But his memory will now officially be acknowledged to mark his 200th anniversary.