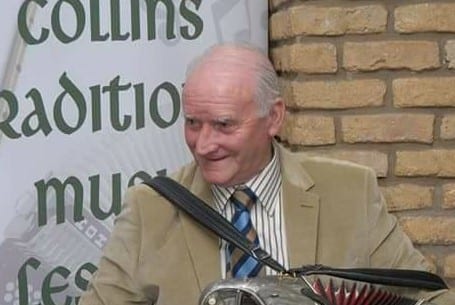 One only has to spend seconds in Ballinderreen manager Billy Carr’s company to know why the parish adore him, the hurlers respect him and he’s track record as a coach/manager is second to none.

In the past, Carr led Ballinderreen to a county senior hurling quarter-final.  And was a selector back in 2011 when the club won the All-Ireland Junior B Championship.

That manager, Joe Connolly, is part of the managerial set-up along with Noel Linnane and the three mentors, minutes after beating Killimor for a county title, were already planning their national assault which begins three weeks later.

“Magnificent stuff,” said Carr afterwards.  “We started early on in the year (and) the first training session, we had two.  The second session, we had four.  But from there we progressed and we got together.  They’re a mighty bunch of lads.

“No discrimination against anyone,” laughed Carr when asked about any age limit to his squad.  “Young or old, it doesn’t matter.

“While I’m saying this, I’d like to give credit to Joe Connolly and Noel Linnane.  They haven’t missed a training session since we started.  They’ve been absolutely brilliant.  And hopefully, we’ll go on to win the big one now again, the All-Ireland.

“And Mattie.  Without the club, you’ve nothing.  And you have to everyone behind you and we did.  And Martina Linnane, she did the physio and the first aid.  It was absolutely fantastic.