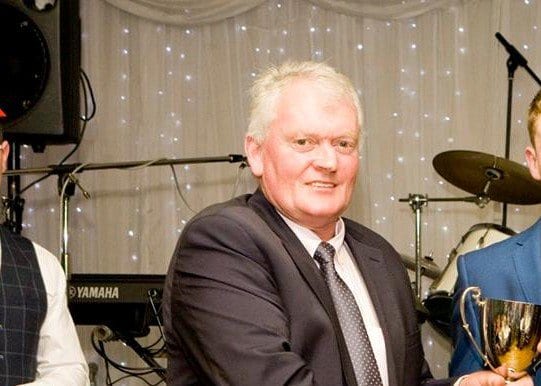 You only have to walk around the supporters after the final whistle to get the sense of community spirit that Ballinderreen share.

A few weeks ago, when they beat Oranmore/Maree in the Junior B semi-final, they were back at the GAA pitch to celebrate 50 years of camogie in the parish.

And before heading to tackle Killimor again in this replay, they stopped off in Gort to show support again for the camogie team who played their Junior A Final against Clarinbridge.

It didn’t happen for the women but they wouldn’t let their disappointment stop their support for their male counterparts and Ballinderreen finished the day with something to celebrate.

“They all came (camogie team).  We all went up to that game first and they came back and backed us.  It’s a community.  It’s not just GAA or camogie.  It’s the whole community.

“And a small parish, you have to use all your resources and we do.  I think it was a team game with the management.  To pay tribute to Billy and his selectors, they have a super track record and we can’t say a word to them.”

Manager Billy Carr and selectors Joe Connolly and Noel Linnane are known by many as the three wise men of Ballinderreen.  Carr had previously led them to a senior quarter-final in the past and was a selector on Connolly’s team that won the 2011 All-Ireland Junior B championship.

“There mightn’t be any gold or frankincence or myrrh but there’ll be other stuff I’d say,” concluded Larkin when asked about the celebrations.  But they’ll hope they’ve started another collection of silverware.