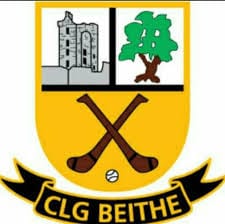 Nobody could question the desire of these two teams on Saturday as this contest had all the hallmarks of what spectators crave in a county final.  There was relentless endeavour but both teams, twists and turns aplenty, and still hung on the very last chance.

Beagh led 1-12 to 0-14 on 41 minutes after Joe Gantley split the posts before Anraoi Whyte levelled for the ninth time.  However, it kickstarted a Moycullen purple patch that looked enough to extend their seven-year stay in senior hurling.

Niall Mannion put them ahead on the three-quarter mark before an Eanna Noone double (including his third sideline cut) and substitute Fionn Mac Donnacha made it 0-19 to 1-12 entering the final 10 minutes.

Beagh hadn’t won a game all year – league or championship!  And with county star Adrian Tuohey injured, their 12th fixture looked doomed but they dug deep down to deliver a breathtaking spell that altered the club’s immediate future.

John Moylan began the comeback on 51 minutes before Rory Gantley rolled back the years with two stunning shots.  When wing back Tommy McKeown stepped up on 56 minutes to point from distance, the sides were level for the 10th time.

Beagh kept going as Evan Hunt set up Rory Gantley for the lead; then Hunt converted himself; before Moylan bookended this seven-point sequence making it 1-19 to 0-19.  A late 20-metre free seemed destined for the inevitable equaliser but Noone fell to his knees as his shot drifted over the crossbar.

Moycullen led 0-10 to 0-9 at half-time but when Keehan got in for Beagh’s goal on 32 minutes, it set the south Galway team up leading 1-10 to 0-11.  However, Moycullen responded quickly through Niall Mannion and a Noone sideline.

Rory Gantley and Conneely traded again before Joe Gantley gave Beagh their 1-12 to 0-14 lead.  In a finish like high stakes poker, Moycullen hit five on the spin.  But Beagh saw their five and raised them two!  That was enough to ensure they survived.