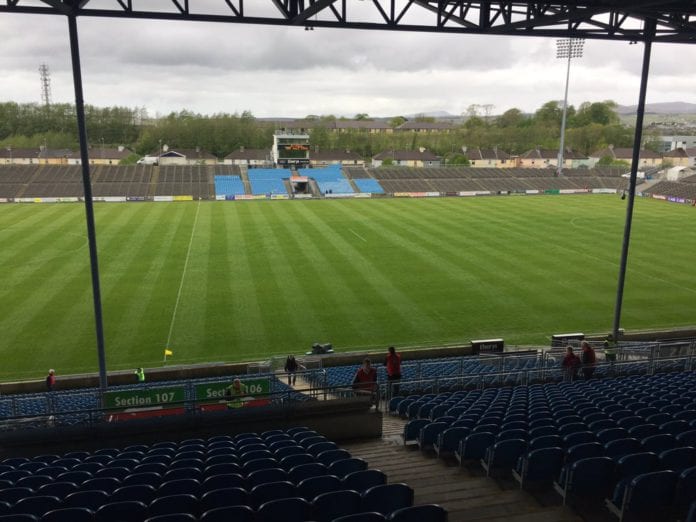 Sometimes it was torture to watch but Galway supporters travelling home won’t care as they completed a championship hat-trick over Mayo and advanced to a Connacht semi-final against Sligo.

Johnny Heaney’s goal three minutes into added time was the winning point for Kevin Walsh’s men though they could have made life easier for themselves after Diarmuid O’Connor was sent off for Mayo in the first half.

It was arguably the most anticipated provincial contest in recent history though it turned into a war of attrition as both sides were determined not to give an inch with cautious set-ups in hope of exploiting opposing lapses in concentration.

Conor Loftus opened with a Mayo free but Always led 0-4 to 0-1 by 16 minutes through Sean Armstrong, Damien Comer and two Barry McHugh frees.

However, Stephen Rochford’s men were level by the 27th minute as after O’Connor traded with Comer, two Loftus frees and Kevin McLoughlin made it 0-5 apiece.

Shane Walsh put Galway back ahead but O’Connor received his marching orders after catching Paul Conroy high.  But Mayo only trailed by 0-7 to 0-6 at half-time with Andy Moran hitting back following Ciaran Duggan’s score.

Mayo will be disappointed by their shooting and kicked over 10 wides over the 78 minutes.  The excessive injury time came after a nasty leg injury to Tom Parsons held play up for a considerable amount of time.

Indeed, Parson gave Mayo a brief lead after Keith Higgins had levelled affairs.  But Walsh equalised for the fourth time before he converted a free to make it 0-9 to 0-8 on 55 minutes.

The teams were level seven times overall and Mayo stayed with the Tribesmen.  Moran equalised again and after Duggan and Sean Kelly restored Galway’s advantage, Cillian O’Connor, who didn’t start, and McLoughlin left it 0-11 each on 71 minutes.

Extra-time was set, and feared, to happen in MacHale Park Castlebar but a major score was always going to seize this contest.  Heaney stepped up on 73 minutes to get Galway’s winning goal.

O’Connor replied with a free before Tom Flynn fisted the final score.  Ugly or not, Galway have advanced and Mayo faced the daunting task of having to negotiate four rounds of qualifiers if they are to take their places in the Super Eights.