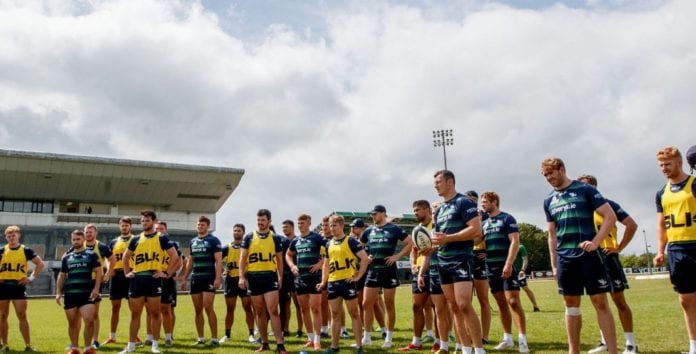 A squad of 30 Connacht players arrived in France yesterday afternoon ahead of Friday’s pre-season friendly against Oyonnax Rugby at the Stade Charles-Mathon.

The game is Connacht’s first of the 2019/20 rugby campaign as they step up preparations for the start of the Guinness PRO14 against the Scarlets on September 28.

There will be a further friendly game to sharpen their edge against Munster at the Sportsground the week the competition gets underway.

New signings John Porch and Rory Burke are included in the travelling party, as are academy players Seán O’Brien and Seán Masterson.

Speaking after the squad’s arrival, Head Coach Andy Friend said, “This game is our first opportunity to put into action what we’ve been working on since the start of pre-season training at the beginning of July.

He added that “I’ve been very impressed with the squad in that time and I’m excited to see what the players can offer”.

“We have brought over a squad of 30 players and it is our intention to give every player a run-out and an opportunity to impress.

“Oyonnax are a good side so this is the ideal game for us as we get closer to the new season”.