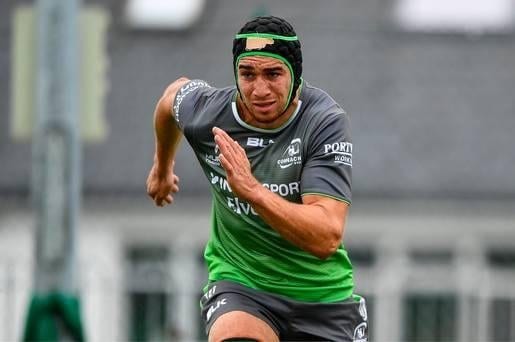 Connacht will hope to bounce back from their 20-3 loss to Leinster last Saturday (29th September) when they travel to Ulster in the Guinness PRO14 championship.

The Kingspan Stadium in Ravenhill is a venue where the visitors haven’t prevailed in 11 previous meetings since the Magners League and regular competition between the Celtic Nations began in 2007.

Last October (2017), Connacht lost this fixture 16-8 but responded with a 44-16 thrashing in the Sportsground two months later scoring five tries.

After Munster’s 64-7 demolition over Ulster in the last round, Andy Friend’s charges will sense this is a golden opportunity to finally break that losing streak but the hosts welcome back Ireland captain Rory Best and winger Jacob Stockdale for this game.

That being said, with Ulster’s performance at a low ebb (they only qualified for the Champions Cup through a play-off), Connacht will feel they are on a par.

“It’s such a good game,” said Ultan Dillane who scored two tries in last December’s victory.  “Everyone in the squad absolutely buzzes about it (and) loves these games.  They’re the best games of the season really.  Just the competition that there is between players and just what’ there to be taken with a win.

“This Friday is no different.  We’re really excited to hopefully perform this weekend. Up in Ravenhill, a place we haven’t won in I don’t know how long – not since I’ve been in the club.  It’s really exciting what could be and hopefully it will.

“I think we just need to keep taking our lesson and good things will come.  It’s no way going to be an easy game this weekend.

“It’s going to be real tough battle.  they’ll have to take their lessons from the game they had last weekend.  So, they’re going to put out the strongest team they can and we’re hoping they do.”

Connacht face Ulster in their next fixture of the 2018-19 Guinness PRO14 Championship on Friday, 5th October.  Kick-off at Ravenhill is 7.35pm.

💬 | "They're the best games of the season and this Friday should be no different."@Ultan_Dillane looks ahead to Friday's trip to Belfast and what they can take from last weekend's opening interpro #StrongerInGreen pic.twitter.com/hvc1o1JBZo