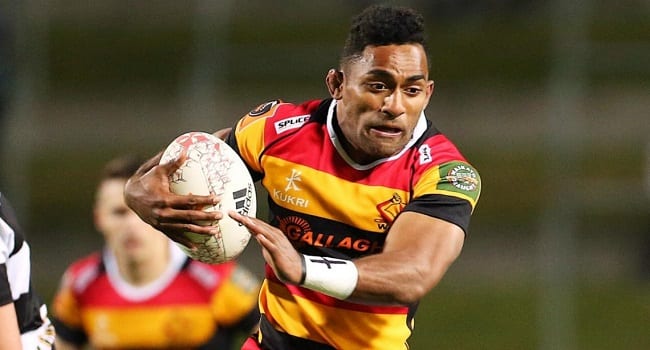 It’s very unlikely that Fijian winger Sevu Reece will be joining Connacht in November after he pleaded guilty to assault towards his girlfriend in a New Zealand court.

The 21-year-old was heavily intoxicated on July 1st (2018) when he admitted assaulting his girlfriend in Hamilton.

A New Zealand court fined Reece and discharged him with conviction in Hamilton District Court.  According to the New Zealand Herald, Judge Denise Clark acknowledged that a charge would have ended his planned move to Ireland.

However, while not commenting presently on the matter, the IRFU and Connacht Rugby are expected to pull out of the deal, agreed in May, that would see the Waikato player, join the Western Province.

Connacht Rugby and the IRFU are aware of media reports concerning Sevu Reece and his recent court appearance,” said the province in a released statement on Monday.  “We are currently seeking to clarify information around the situation prior to commenting further on the matter.

Despite the victim having ‘forgiven’ Reece and the player undergoing counselling after getting a $750 for emotional harm, the Irish governing bodies are not likely to proceed with the transfer.

After the Paddy Jackson and Stuart Olding Belfast Rape Trial concluded in April, their contracts were cancelled.

Following a review, conducted in the aftermath of recent court proceedings,” said an IRFU statement at the time. “The Irish Rugby Football Union and Ulster Rugby have revoked the contracts of Patrick Jackson and Stuart Olding with immediate effect.

“In arriving at this decision, the Irish Rugby Football Union and Ulster Rugby acknowledge our responsibility and commitment to the core values of the game – respect, inclusivity and integrity.

HT | @RugbySouthland were leading for most of the first half but a Sevu Reece try on halftime gives @WaikatoRugby a 14 – 11 lead.#WAIvSOU #Ours pic.twitter.com/RbyCspDDP2

Should his move be cancelled, it will be a major financial blow for Reece who scored six tries in his last eight games and was the second highest scorer in the Mitre 10 Cup.

But his atonement probably won’t be enough as Irish Rugby is conscious of a tarnished public view following recent controversies and a possible backlash should they proceed with this deal.