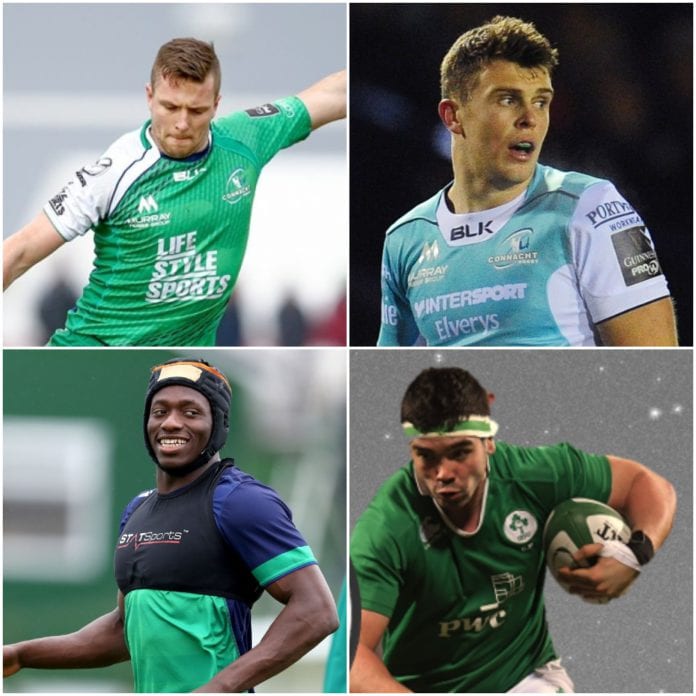 Every month during the season, Galway Daily are going to rate the province’s top 10 players based on what we’ve seen in their PRO14 and Challenge Cup matches.

Players will move up or down or ‘Top 10’ leaderboard based on their performances.

However, this is just our opinion.  It’s yours that we want.  So, please leave comments (positive or negative) in our comments section or on our social media platforms.

While everyone will be disappointed with Connacht’s display against Leinster, there’s no doubting that Carty’s form over the first five games has been good and Joe Schmidt is rumoured to be taking notice.

💬 | "The way he's controlling the game at the moment in attack and defence has been really, really impressive."

Andy Friend was full of praise for Jack Carty & Bundee Aki after their performances today 👏 pic.twitter.com/ytCgZjS0wM

The 21-year-old Wexford native has made a real impression after breaking into the first team squad.  His two tries against Zebre were his September highlight and a bright season is promised from the number eight.

Tries against Edinburgh and Scarlets have earned Adeolokun a couple of starts.  But he is developing the reputation as Connacht’s Ole Gunnar Solskjaer as he seems to deliver brilliant displays in the ‘impact substitute’ role.

Exceptional pass from Jack Carty for Niyi Adeolokun's try for #Connacht against Edinburgh.

Pen advantage in play but still beautiful skill to lift it over Duhan van der Merwe and back down quickly enough to allow Adeolokun to finish smartly. pic.twitter.com/dGHP8gOXMw

A first choice centre who links up well with Bundee Aki, he has taken the lead in the Irish internationals absence with a string of consistent displays during the province’s ‘Month of Champions.’

Has certainly moved up the ladder since Andy Friend’s arrival and has delivered a couple of stunning performances on the wing including try scoring displays against Glasgow and the Scarlets.

His team mates and supporters have had nothing but strong praise for the new Connacht captain.  Filling John Muldoon’s boots is a tough act to follow but Butler is looking comfortable in the role and that’s showing in his performances.

Connacht’s new Captain Jarrad Butler claims the ball from a line-out in front of the Clan terrace pic.twitter.com/QlImuLHBVr

Has shown he is perfect cover for Connacht’s first XV and scored the bonus point winning try against Zebre.  For now, may have to settle for replacement and Eagles appearances but should see game time in November.

While his namesake, the ‘Tullow Tank’ was upset over a lack of respect to Leinster last week, Connacht’s back row O’Brien was focused on the match.  While the eastern province produced a dominant result, O’Brien was one of Connacht’s top players.

Bealham continues to lead the charge in the front row and has stepped up from time to time with tries, notably against Glasgow.  Gains ground consistently for Connacht and is an important part of the scrum.

Connacht’s elder stateman is a straight forward pick at full back and has started all five of their September outings.  Will provide leadership in the backs to compliment Butler among the pack.

Connacht’s next fixture in the 2018-19 Guinness PRO14 Championship is against Ulster on Friday, 5th October.  Kick-off at Ravenhill is 7.35pm.