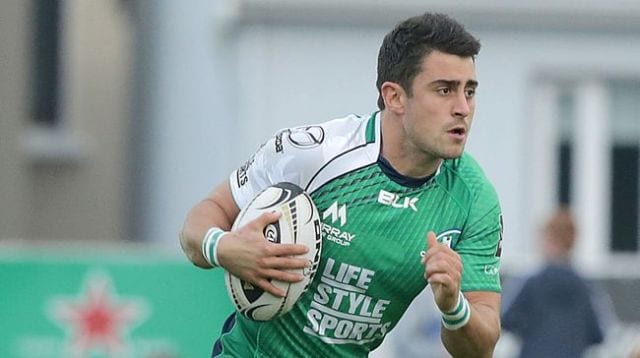 Our semi-final polls to pick the Galway Daily Connacht Rugby Player of the Year ended on Thursday night and we have our final four to decide the overall winner.

Tiernan O’Halloran topped the poll with 40% and he was joined by the other semi-final winners who both finished with 32%, Bundee Aki and Jarrad Butler.

Matt Healy also finished on 32% but finished second in his semi-final due to Butler scoring a higher percentage in the quarter-finals.  However, Healy still qualifies for the final as he finished the best runner-up.

Aki topped the first semi-final ahead of John Muldoon, Thomas Farrell and Finlay Bealham.  Jack Carty and Quinn Roux were the players to lose out in the second semi-final.  While O’Halloran finished ahead of Caolin Blade, Shane Delahunt and Kieran Marmion.

The poll for the final is now online and will remain for 36 hours.

The semi-final results and final groupings are listed below.

Who has impressed you most this year as we pick our Player of the Year?@connachtrugby #galwaydailyallstars