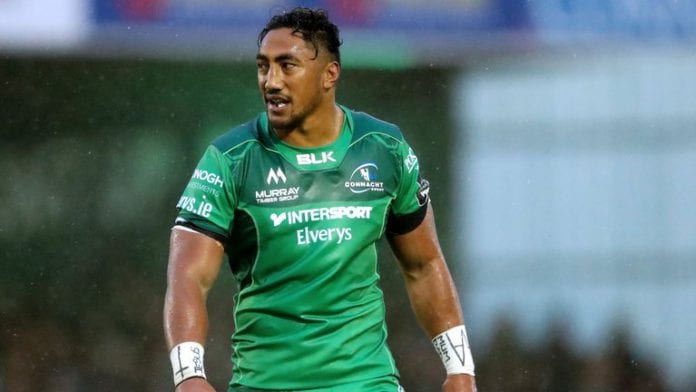 Bundee Aki has been named in the Irish starting XV for their opening game in the 2018 Six Nations against France next Saturday (3rd February, Stade de France, 4.45pm).

It will be the New Zealand born centre’s first Six Nations game after impressing in two outings during the November internationals.

Aki is the only Connacht player named in the matchday 23 as Kieran Marmion lost out to Luke McGrath among the replacements with Conor Murray named at scrum half.

However, the Irish midfield pairing will have a Connacht feel as Aki partners Robbie Henshaw, reuniting the double act that led the Westerners to the Guinnes PRO12 title in 2016.

Aki plays at inside centre for the injured Garry Ringrose with Henshaw moving to 13.  Ryan replaces Devon Toner in the second row.  And Stockdale completes a back three with Keith Earls on the other wing and Rob Kearney playing full back.

Rory Best captains the side and is joined in the front row by Cian Healy and Tadhg Furlong. Iain Henderson and Ryan line-out in the second row with Peter O’Mahony, Josh van der Flier and CJ Stander filling the backrow positions.