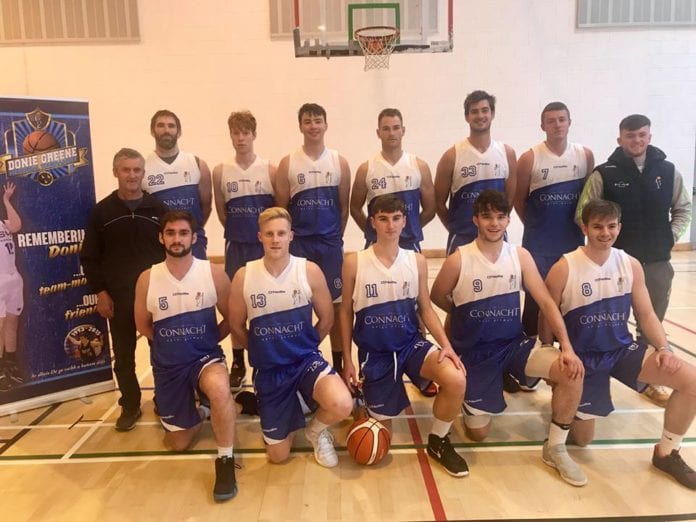 Maree edged a nail biting contest on Sunday afternoon (21st October) as they edged out UCC Demons in the Men’s Super League for their first victory of the season.

Kyle Hosford was once again outstanding for Demons, but even his 38 points weren’t enough to help his team over the line.

Maree’s Sean Sellers was tough to stop from beyond the three-point line, finishing with 28 points and helping his side home to their first win of the season.

“We’re really delighted at this stage,” said Maree’s Mike Lynch to Basketball Ireland afterwards.  “We’ve had a tough couple of games, all of which we started off really well, but we needed a bit more concentration, especially going into the third quarter.

“We did have that today, so I’m very happy with how they’ve done.”

Maree’s next game in the 2018-19 Men’s Basketball Super League is at home against UCD Marian on Sunday, 4th November.  Action begins in Calasanctius College, Galway at 3pm.