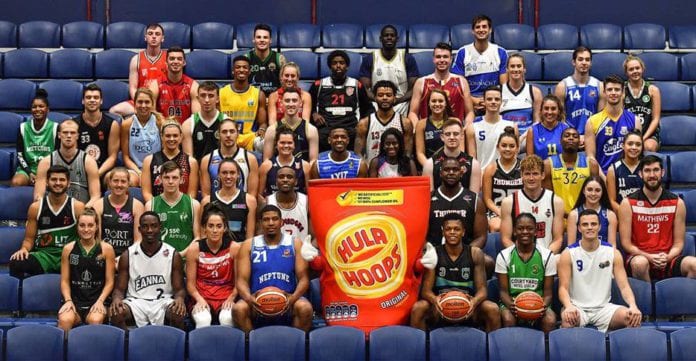 Elsewhere, IT Carlow Basketball got their first win of the season on the board on Saturday afternoon, when they welcomed NUIG Mystics to Carlow.

Another big display from Courtney Walsh (28 points), helped Carlow into a 35-19 point lead at half-time and they drove on from their, standing firm in a late shooting onslaught from Mystics, to win out 67-50 in the end.

Gamefootage.net Titans were once more the last team in action at the weekend, and were unlucky not to pip Northern conference leaders, DBS Eanna at the Jes on Sunday.

A big 26-point display from the hugely impressive Tom Rivard saw Titans up by one at the half time break (30-29) but Éanna put in a huge second half display with Stefan Zecevic and Conor Gallagher causing major trouble for the hosts, to see them win out 62-80 in the end.

Maree’s Women’s Division One team continued their unbeaten start to the season with an 80-50 point win over St Mary’s Castleisland in Oranmore on Saturday evening in the Southern Conference. Once more, Claire Rockall and Dayna Finn topped the scoring charts, bagging 36 points between them.

Indeed, Maree were dominant from the off, running into a 20-point lead by half time, to finish out 30-point winners in the end to stay joint top of the Southern Conference with Portlaoise Panthers as the only two unbeaten teams.

“It’s a great run we are on,” said Maree Head Coach Joe Shields to Basketball Ireland afterwards.  “And the confidence in the group is very high. We are playing a free-flowing game, which suits our personnel.”