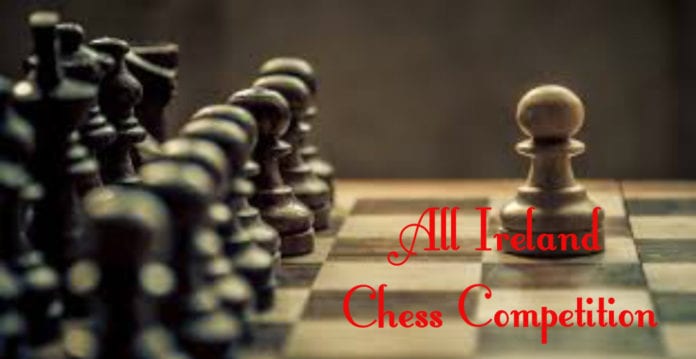 Ballinasloe Chess Club had the biggest day in their 16-year history on Sunday when they qualified for the European Club Championships in Greece next October.

It is a remarkable result for the club who started the competition as seventh seeds and weren’t expected to be in contention for the podium but a dominant third round performance shook up the form book.

The team of Denis Ruchko, Thomas Dunne Jr, Jonathan Peoples, George O’Brien, Josef Vezely, John Dunne, Kenneth Higgins and Conor Barrett were slightly the wrong side of their opening game going down 4-2 to Elm Mount but they launched their charge after that.

A 3-3 draw with Trinity College showed they could be dark horses with their stunning performance on Sunday morning defeating Skerries 5.5 to 0.5 put them into the picture.  And they completed an unlikely achievement in their final clash drawing 3-3 with St. Benildus College.

The European Club Championships will take place in Rhodes, Greece from October 11th to 19th and Ballinasloe will join the two Dublin outfits in representing Ireland.  While the club has had individuals, including Barrett, play for their country before, it will be the first time they’ve done it as a team.

Ballinasloe Chess Club was formed in 2002 to compete in Community Games competitions and has gone from strength to strength since.  In 2016, they qualified for Division Two of the Leinster League allowing players to earn FIDE (World) ratings.  And this success is the latest landmark moment in its history.

(Picture: George O’Brien who was on form for Ballinasloe in the National Club Championship)