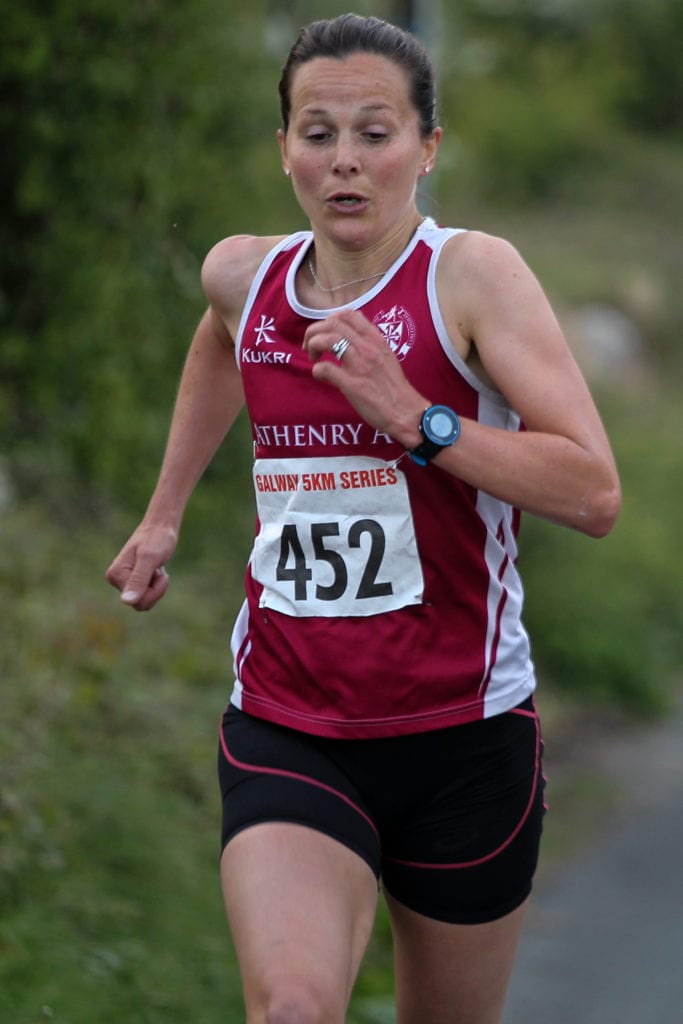 Galway City Harriers’ Jane Anne Meehan will be among the favourites when the 2018 Dublin City Marathon takes place this Sunday (28th October).

The Athenry AC runner came second in the 2015 edition picking up the silver medal just behind Olympian Pauline Curley.

And the Physical Therapist, who hopes to qualify for the 2020 Tokyo Olympics, came fourth last month in the Charleville Half Marathon and won the Frank Duffay 10-miler in Swords.

The 39th running of the SSE Airtricity Dublin Marathon will see 20,000 runners hit the streets. This year marks a celebration of female runners with Constance Markievicz appearing on the finishers medal and 7,000 female participants are expected.

In the Wheelchair race, four-time champion Patrick Monahan will have to contend with a strong international field. For many others taking part, this will be their first marathon and the achievement will be crossing the line.

“I am also proud that we are celebrating female runners today, with a special mention to Mary (Hickey) who has competed in every marathon since we started back in 1980.”

For the elite runners there is a potential prize pot of €120k up for grabs at this year’s SSE Airtricity Dublin Marathon.

In the elite women’s field Remalda Kergyte of Lithuania, with a personal best of 2.35.13, will be one of the key contenders.  Others include winner of this year’s Belfast Marathon (2.41.17) and Edinburgh Marathon, Caroline Jepchirchir of Kenya.

Motu Gedefa of Ethiopia who finished third in the SSE Airtricity Dublin Marathon in 2016 (2.36.25) will be joined by fellow country woman Mesera Dubiso.

The national title will be a battle between LIzzie Lee (Leevale AC) and fellow Olympian Caitriona Jennings (Letterkenny AC) with Meehan and Zola Flynn (Calry AC) also in the mix. Reigning national champion Laura Graham will not line up due to injury.

In the Men’s field, last year’s winner (2:15:53) Benard Rotich of Kenya is set to toe the line. Fellow countrymen Vincent Tonui, Eric Koech and Joel Kiptoo are all likely to be top 10 finishers. Asefa Bekele of Ethiopia who finished third in 2017 and 2015 will also be a key contender.