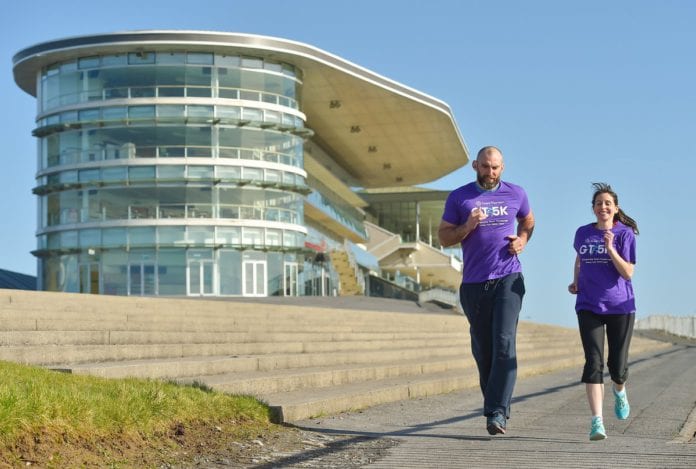 The Grant Thornton Corporate 5K Team Challenge will come to Galway next April when it kicks off the series at Ballybrit racecourse.  This will be the first year that the GT5K series will take place in Galway and will be followed by further events in Cork, Belfast and Dublin.

Companies can enter a team of four in the three available categories – male, female and mixed.  The official score for each team is determined by the recorded times of the registered team members with accurate chip timing for all participants.

The GT5K series is organised by the national governing body, Athletics Ireland, and they encourage social running amongst the business communities in the four cities helping to improve the health and wellness of the workforce and building team spirit.

The Galway race takes place on Thursday, 12th April at 7pm and teams can enter for €100.  Trophies will be presented for the top three teams in each of the three categories.  Entries close the proceeding Monday (9th April) and all entrants will receive a technical t-shirt and goody bag.

In its seventh year, the GT5K series will also visit three other cities before September.  Cork will be the hosts on June 13th before teams take to Belfast City Airport eight days later.  And on Wednesday, 5th September, the challenge will take place around Dublin’s iconic docklands.

2018’s chosen charity is Simon Communities which is an organisation based in eight locations around Ireland tackling all forms of homelessness supported by a National Office.

They have been providing services in Ireland for almost 50 years and deliver support and service to over 11,000 people and families throughout Ireland who experience homelessness every year.

For further details, check Grant Thornton’s official website and if anybody wants to enter, they can click HERE or email roisinhorgan@athleticsireland.ie

2 weeks to go until the 1st edition of the #GT5K in Galway. Will you be joining us?
Enter a team today! https://t.co/whys05po2f#GT5K pic.twitter.com/PJDWKosGzD