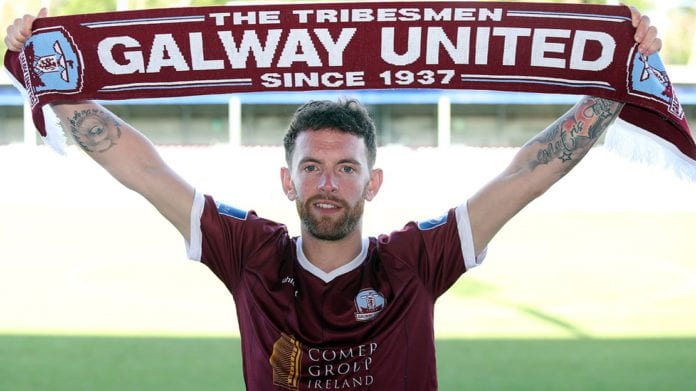 Two Danny Furlong goals have given Galway United a half-time cushion in their opening game of the Airtricity League First Division.

In a half where the hosts looked comfortable even if Athlone Town had a couple of chances, Furlong pounced for his first goal on 13 minutes after a delivery ricocheted off an opposing defender and he sent the ball into the bottom corner.

The former Wexford Youths striker had an early half chance on four minutes and Stephen Kenny saw his cross rattle the crossbar as Galway United look for the early initative.  At the other end, former GMIT student Martin Walsh forced a save from Tadhg Ryan.

Galway were strong favourites for this tie and were looking the part creating dangerous chances for Furlong only for the first touch to let him down.  Kenny will be disappointed not to have registered a goal as he hit the woodwork again only for keeper Nathan Murphy to make a save from Marc Ludden and Furlong.

The second quarter saw the pace drop but eventually the Tribesmen did get their second goal.  An error in the Athlone defence saw Furlong perfectly positioned again.  And on 33 minutes, it was 2-0!

Hotly-tipped Galway have started the season with a 💥💥 as Danny Furlong claims an early brace!

But Galway didn’t look like getting the third goal before half-time as Athlone Town came closest two minutes later when Craig Short’s drive was off target.  It’s not over yet and an away goal could create a nervous second half.  But Furlong has ensured Shane Keegan’s side a head start.