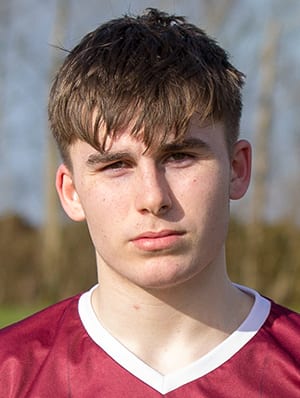 Danny Furlong made the headlines on Friday night in Eamonn Deacy Park as Galway United began life in the Airtricity League First Division with a convincing 4-1 victory over Athlone Town.

The former Wexford Youths striker struck two first half goals to give Shane Keegan’s team a 2-0 lead before completing his hat-trick 10 minutes from time.

And it was also a special night for midfielder Ronan Manning who scored his first goal for Galway United.  His strike on 59 minutes ensured there was no threat to their supremacy as Athlone look dangerous on occasions.

A hat-trick from debutant Danny Furlong and a first United goal for Ronan Manning saw off the challenge of Aaron Callaghan’s Athlone Town AFC Official on Friday night at Eamonn Deacy Park.

The visitors didn’t leave without something to cheer as ex-Real Madrid player Felix Perez got a consolation goal in injury time.  But Galway United began with a comfortable result as they took an early lead in the second tier.

Furlong was menacing in the first half getting an early half chance on four minutes and Stephen Kenny was denied by the woodwork twice.  But on 13 minutes, Furlong took advantage of a deflection to find the bottom corner for Galway’s first goal.

The recent signing from New Zealand’s Southern United was menacing throughout before having to withdraw in the closing stages because of a knock.  And on 33 minutes, he was rewarded again for his efforts capitalising on a defensive error for the second goal.

Martin Walsh and Craig Short had first half Athlone Town chances but they trailed 2-0 at half-time.  Geroge Mukete and Brian Carabaley also had early second half opportunities to get back into the tie before Manning got the third.

Furlong had seen another chance shade the wrong side of the post just beforehand but he wasn’t going to be denied the match ball.  Gary Shanahan was the provider on 80 minutes for Furlong to complete his hat-trick.

Keegan won’t be happy Galway let Athlone in for Perez’s consolation but they’ve started with a convincing result ahead of away trips to Cobh Ramblers and UCD.