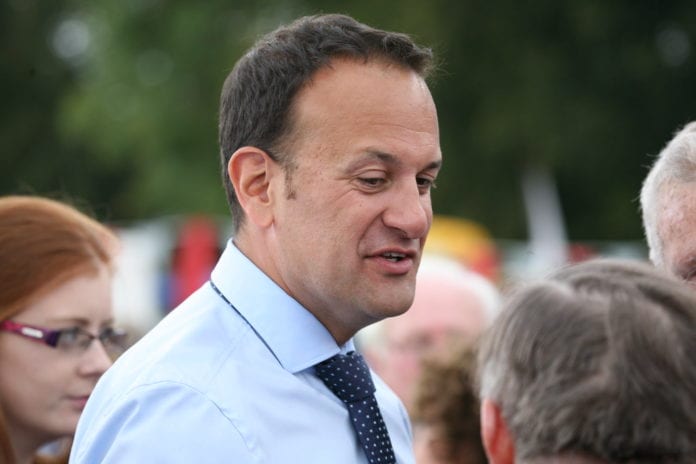 Last month Taoiseach Leo Varadkar unveiled a climate action plan nobody really believes in to do something that he never seemed to care about to appeal to voters who never elected him as Taoiseach.

It’s an odd intersection of politics where the news cycle is mostly going through the motions.

That said there are some really good things in the Climate Action Plan including the incorporation of climate duties under the role of Taoiseach as well as having a more rigorous review process of the government’s track record on climate and biodiversity action.

But in the end it felt like another peg in a premiership that hasn’t really done anything meaningful.

That’s not to fall into a political trap of criticising every aspect of Varadkar for the sake of it.

The current minority government situation is stretched to a limit. And I even met him once and annoyingly he was actually likeable. But I don’t understand him.

Or why he does what he does other than that he’s doing it. If I genuinely ask myself why is Leo Varadkar Taoiseach I have no answer.

A Minister so he could be Taoiseach. But now that he’s arrived here, what’s it for?

And specifically I’m talking about the role of Taoiseach. I can understand why someone would want to be TD or Minister.

Step up and take the extra influence for your area and get paid a bit better, even if it means more scrutiny and less family time.

But to want to be Taoiseach should surely offer such unifying personal reasoning that it’s obvious to everyone who sees them in action.

Why else go through all the scheming and negotiating and double-speak required?

For the past two years Leo Varadkar has been primarily defending against charges by Fianna Fail’s Michael Martin that he’s all spin, no substance.

That criticism bothers me for three reasons. One is the fact that Martin’s substance is a decade of Fianna Fail blunders that lead to a decade of recession and austerity.

Two, the hypocrisy of using a test-group focused line to death to critise marketing spin is neverending. And three, it let’s Leo Varadkar away from the main criticism the opposition leader should ask. Why you?

Why when homelessness soars to the highest in our nation’s history should you lead us? What does your brief tenure as Minister for Health say about your vision for healthcare?

What are the new ideas and ambitious qualities you bring the highest role of governance in the land?

It wasn’t really a question the Fine Gael parliamentary party asked either when they ignored their own members and choose him as Taoiseach.

It’s undeniable that electoral success was their primary concern, and as they should have the right to as any party.

But now that success seems less plentiful we’re left to wonder did they ask themselves who is the Taoiseach they choose for us?

A directionless Taoiseach creates a directionless party. Hence, why Fine Gael probably got hit hard in some spots during the local election.

In contrast the Social Democrats focus on quality of life and the Green Party’s message on climate action resonated with people.

Enda Kenny was elected during an unquantifiable crisis. He ran and was elected to be a prudent overseer. The ultimate civil servant.

You can argue the merits of that.

But we don’t need a civil servant to lead the country today. The housing and homelessness crisis requires massive state intervention.

Healthcare needs to see radical transformations to transition to a single-tier Slaintecare system. Transport demands bravery as we see a modal shift that compliments our higher density leaving and supports rural Ireland.

Ultimately, all this leads to the thought that Varakdar is just another man who at 18 decided he deserves to be Taoiseach and did everything to achieve that without asking why.

What was he trying to fix? What problems in the world bothered him the most? Why is it he should lead the country?

As I’ve tried to stress I’m not gonna intentionally force false narratives about greed or ego.

But neither do I think we should allow basic ideas of doing a better job or it has to be someone so why not me be good enough.

He’s neither incompetent nor the Taoiseach we need.

I’m not trying to villify the him.  It’s a hard job, you get criticised all day, and you sacrifice a lot to do it. I’m sure he has good intentions and is trying his best.

But why? Where is it going?  And in the end what kind of Ireland will he leave behind?