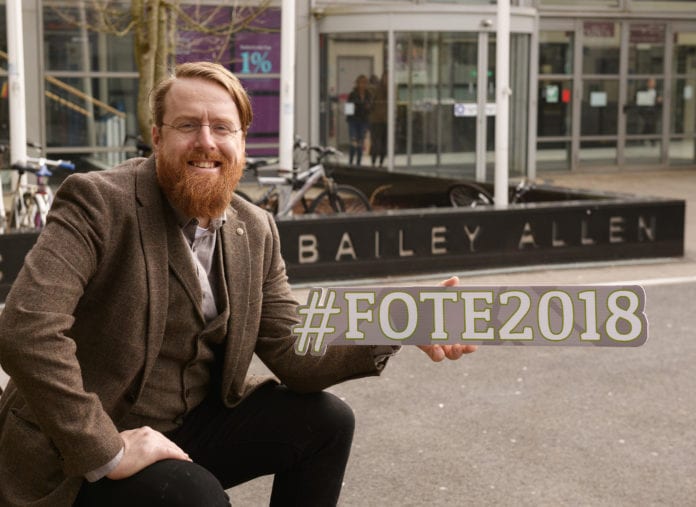 The theme for this year’s Food on the Edge symposium of Irish and international chefs was revealed as ‘Conversations’ at the event’s launch on Monday evening.

At the launch Director of the symposium JP McMahon described the theme as: “conversations amongst peers, amongst mentors and their mentees, conversations about challenges and opportunities and of course, the conversations that take place over the dinner table.”

One panel conversation will feature five Irish chefs who are based out London, namely Niall Davidson of Nuala restaurant, Marguerite Keogh of The Five Fields, Kevin Burke of The Ninth and Aidan McGee of Corrigan’s Mayfair.

They’ll be talking about the experiences of Irish chefs abroad, how they view Irish food, and what will come next in their careers.

The launch was hosted by chef Andy McFadden at his restaurant Glover’s Alley in Dublin, and he’ll be returning to speak at Food on the Edge in October where he’ll be in conversation with his former mentor, Neven Maguire of of MacNean House and restaurant.

Every year world class chefs, many from Michelin star restaurants, descend on Galway for a mixture of talk, panel discussions, and masterclasses at Food on the Edge where they can meet their peers from around the world and learn new ideas and techniques.

Giving a reason for coming back in this year, Ana Roš said, “Food On The Edge is the most inspiring event I have ever attended.”

The main themes up for discussion at Food on the Edge 2018 are: Conversations, Food Education, Food Waste, and Action and Reaction.

The 2018 Food on the Edge symposium will take place over two days on October 22 – 23 at NUI Galway’s Bailey Allen Hall.

Early bird tickets are available up to August 31 for €300 giving access to all talks plus lunches and the end of symposium wrap party.