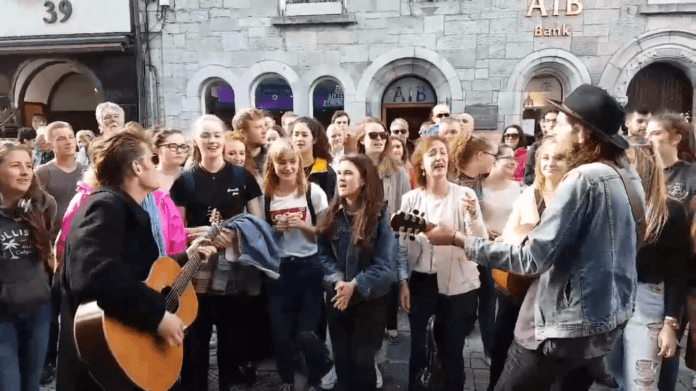 ‘Big cheers to the shower of legends,’ says Hudson Taylor.

Today, the Dublin folk duo released the video for their latest single, Feel it Again, which we think is right up there with their best.

Hudson Taylor were back in Galway yesterday for a few hours, and word quickly spread that they were planning to busk when they sent out a tweet saying: “We’re outside the three shop on Shop Street. #galway. Bout to busk.”

Let it rain, the ‘shower of legends’ sang. But the rain stayed off, thankfully.

And just like their new video and single, their busking was on point.

Actually, dont let it rain!! It’s nice to be in Galway and it’s sunny for once! Big cheers to the shower of legends who came watched us!x pic.twitter.com/GzaDKsLwyw

See the video for their new single, Feel it Again, below.