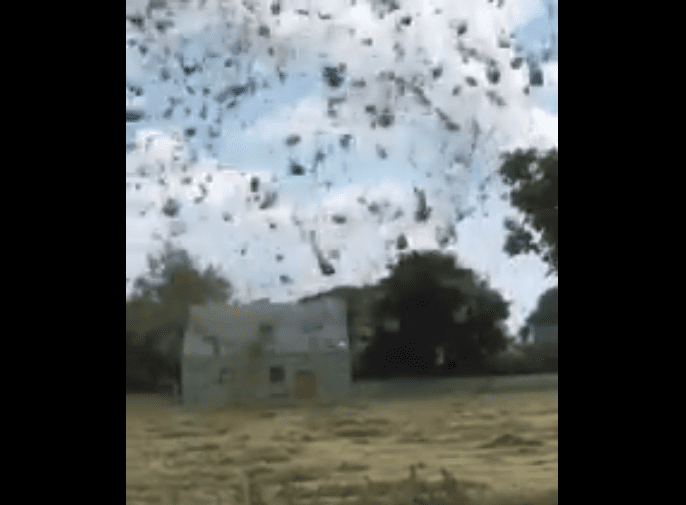 Crazy footage of ‘fairy wind’, which looks like a small tornado, has gone semi-viral on Twitter after a video was taken of the phenomenon this week in East Galway.

Paddy Creaven shared the video of what’s known as Fairywind (or a dust devil), which has caught he attention of thousands of people across social media.

Fairy wind was a whirlwind that was thought to have been caused by the fairies and was sometimes preceded by a loud humming noise.

If you have footage or pictures of the crazy weather we are experiencing, send them to editor@www.galwaydaily.com!