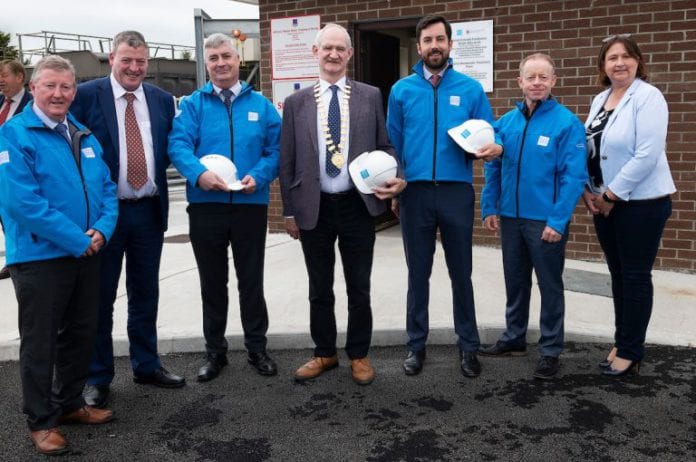 The upgraded Athenry wastewater treatment plant which opened this week will protect public health as well as the local environment Irish Water has said.

Irish Water has invested €5 million in the construction of a new WWTP in Athenry which was opened by Minister for Housing, Planning, and Local Government Eoghan Murphy this week.

The upgraded plant was built to ensure that the water treatment in the area is compliant with the Urban Wastewater Treatment Directive requirements and properly protects the river Clarin.

Speaking at the opening Minister Murphy said the government was “committed to leading delivery of a new era in investment in our national water and wastewater infrastructure assets.”

“Projects like this in Athenry are essential to protect the health of our families, the environment, to enable economic development in our local communities, and to safeguard Ireland’s water”

Prior to this project, the existing plant had been operating past its capacity, and was unable to cope with the population in the area.

This new plant will apparently be able cater for a population equivalent of 9,500 in order to facilitate future population growth and commercial development in Athenry.

Councillor Jimmy Mc Clearn, Cathaoirleach of Galway County Council stated “This investment is needed to provide Athenry with the infrastructure to support the building of houses, schools, to attract new industry and to allow the companies we have to expand and grow.”

As our economy grows, so does the requirement for critical national infrastructure,” Cllr McClearn added.

“It’s important in supporting future population growth, housing developments, new businesses and to ensure that Galway maintains its attractiveness as a location for foreign direct investment.”