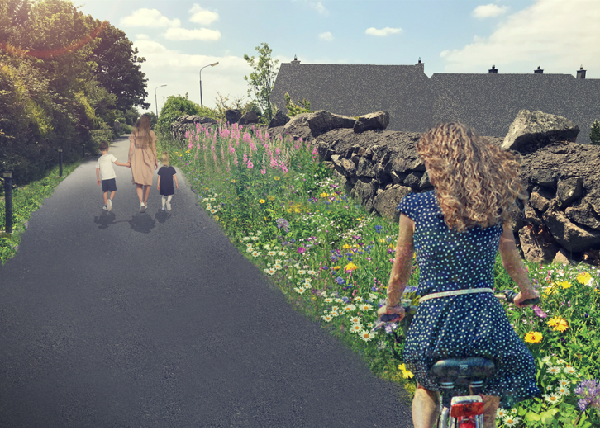 A public consultation is underway on plans to enhance parts of Rahoon for cycling and pedestrian permeability, and build connections between neighbourhoods.

Galway City Council is planning a range of upgrade works to Millar’s Lane in Rahoon and Fort Lorenzo, connecting areas on either side of the Western Distributor Road.

The objectives of the plans put forward by the council are to:

The council plans call for sensitive treatment of the biodiversity in the area, plants and animals, with parks along Millar’s Lane to be carefully managed for the benefit of pollinators, bats, and other species.

A brochure with a map of the area where works are planned, and what the council hopes to do in each area, can be found online here.

Feedback on the proposed upgrade works can be given to the city council until October 22, either by emailing Activetravel@galwaycity.ie, by post to the council transport department, or an online form which will be available soon.

Full details on the project can also be found on the city council website. Subject to funding from the NTA, it is hoped that works will begin in Q1 of next year.