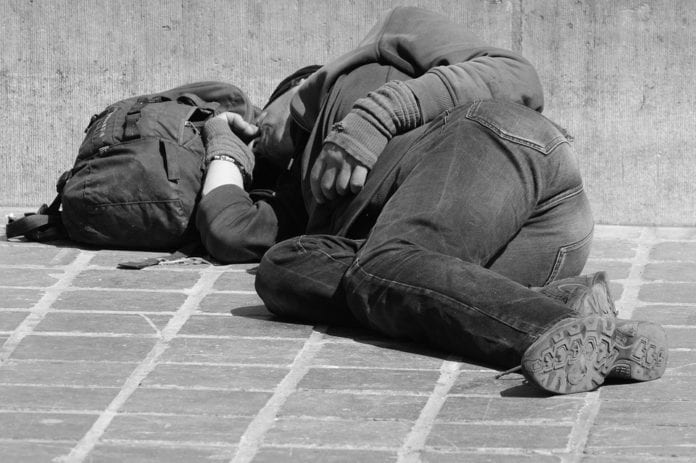 There has been an extraordinary deterioration of the homelessness situation  in Galway, where there are now 50 people sleeping rough each night.

There are also in the region of 50 homeless families, including up to 100 children, and 45 single person households in emergency accommodation in the city.

“This is an unprecedented situation in Galway,” explained Martin O’Connor of COPE Galway.

“The most obvious manifestation of the crisis are the numbers of people who can be seen bedding down in shop doorways in the city centre at night time but what most people in our community don’t realise is that there are so many people, families and single person households, trapped in emergency accommodation for weeks and months at a time as they cannot find and secure housing”.

Mr O’Connor went on to explain that homeless services in the city are stretched to breaking point and that there are very real concerns about the coming autumn and winter period and how the city can address this situation.  “There is a lot of really good work happening in terms of intervening early to help prevent someone becoming homeless and there is a steady stream of allocations of social housing, but it feels that this is hardly making a dent on the large numbers coming through our doors”, he said.

COPE Galway is calling on Minister Donohoe and his colleagues in Government to take whatever measures are necessary to build additional social housing, including increasing the capital budget provision and both resourcing and supporting local housing authorities and approved housing bodies to build this housing.

They also see scope for further measures to be taken to support households who are homeless or at risk of homelessness to compete in the private rental housing market.

“We know that there are a range of challenges and obstacles that have to be overcome to bring this necessary additional social housing on stream but ways have to be found to overcome these. Budget 2018 represents an opportunity for Government to clearly demonstrate their commitment and intent to get one with providing these badly needed additional homes for its citizens,” added the COPE spokesperson.