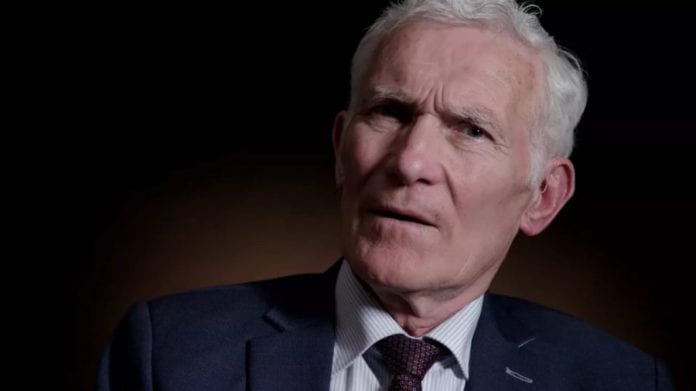 TG4’s documentary series Finne will be delving into personal side of the Tuam Mother and Baby Home scandal as survivor Peter Mulryan recounts his story.

Finné is a documentary series commission by TG4 exploring some of Ireland’s darkest episodes of tragedy and shame.

This week it will look the almost unbelievable events surrounding the Bon Secours Mother and Baby Home in Tuam, and how they affected one person in particular.

From the excerpt introducing this week’s episode:

“Peter Mulryan was born in the Tuam Mother and Babies Home in 1951 and when he was due to marry, he became curious about his birth mother. This curiosity led him on a journey from the Home in Tuam to the Magdalene laundries in Galway where he found his mother to be hopelessly institutionalised, but managed to form a relationship with her prior to her death. It wasn’t until he met the local historian Catherine Corless in Tuam that he discovered that he may have a sister who was born in the Home in Tuam.”

In the time since Catherine Corless broke the story of the 796 Tuam Babies who could be buried on the site’s grounds, survivors of the Tuam Home have been reaching out to support each other.

Peter is one of the founding members of the Tuam Home Survivors Network, of which he became chairperson.

With the eyes of Ireland and the world on Tuam, Peter has told his story publicly, and demanded answers about the fate of his sister.

Born ten years after him, Marian Mulryan was taken from her mother in the Magdalene Laundry as a baby, and that is the last the is known of her with any certainty.

Peter has been vocal in wanting to know if his sister was one of the many children trafficked to America in an illegal adoption, or if she is one of the 796.

Inspired by Netflix, the Finné series tells the human side of some the biggest stories that have made Irish headlines in the past 50 years.

Filmed over the course of 12 months by Galway’s Magamedia, RTÉ’s court’s correspondent Orla O’Donnell presents these stories of injustice.

Peter’s story can be heard on TG4 this Wednesday, September 19 at 9:30pm, or on the RTÉ iPlayer after that.

This is the third programme in the Finné series, the two before this told the stories of Martin Conmey, who was wrongfully convicted of murdering his neighbour Una Lynskey in 1971, and Gail O’Rourke, who was charged with assisting her friend with multiple sclerosis commit suicide.