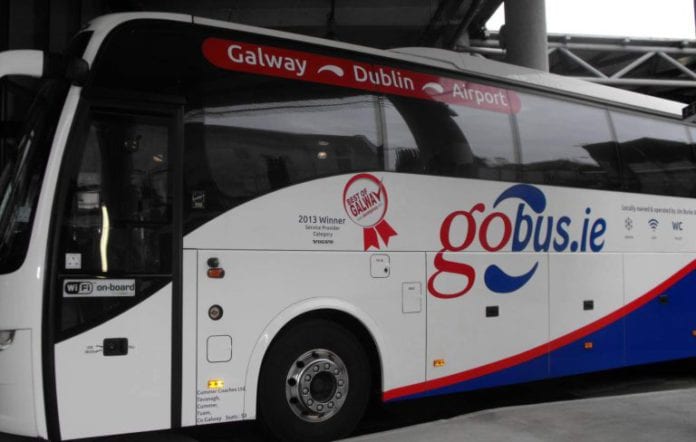 Young people and students can now benefit from a 50% discount for Leap Card fares on many private bus companies.

The government has announced that as of this week, the Young Adult Card and Student Leap Card fare initiative is being extended to the commercial bus sector.

This follows on from a 50% discount for young people using subsidised public transport announced back in May.

There are approximately 30 bus companies participating in the scheme, including GoBus, Expressway, and City Link, who run many intercity journeys from Galway.

It also includes City Direct, which is a major provider of public transport within Galway City.

Minister for Transport, Eamon Ryan said that this is good news for young commuters, and timely with colleges, apprenticeships, and training courses starting back up.

He added that initiatives like these are, “firstly putting money back into people’s pockets, and secondly, are helping us reduce our emissions from transport because more people are choosing public and shared transport.”

“We have seen a marked increase in public transport usage in recent months following the introduction of these fare initiatives, with the travelling public recognising the real value for money that these services provide.”

“I’m delighted that the Young Adult Card fare is now being extended to the many commercial bus operators across the country who have chosen to participate in the Scheme.”

The Young Adult Leap Card is available to all 19 to 23 year olds right up to their 24th birthday.

The Student Leap Card remains available to students in full-time education who are 24 years old and above.

This discount scheme is being funded by the Exchequer via the National Transport Authority.

The 50% discount is applied against the equivalent adult far for the journey.

Anne Graham, CEO of the NTA said, “Value for money is not the only factor that gets people on to public transport, but it is an important one.

“We do know that cutting fares to such an extent and expanding services where people can avail of these discounts, will make public transport more attractive to more young adults.”

“We look forward to seeing more young adults using public transport to get to work or college or just when getting out and about with their friends and family.”