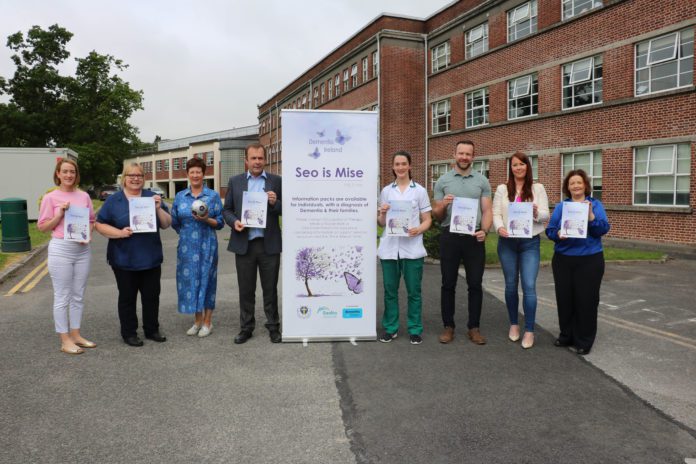 Portiuncula University Hospital has launched a quality improvement initiative with support from the National Dementia Office called Seo Is Mise – This is Me.

The initiative was developed by the Occupational Therapy and Medical Social Work Departments at the hospital and includes a Dementia Resource Pack designed to empower patients and families to make effective decisions and choices about their future care.

The four medical and surgical wards at the hospital will also have access to a Dementia Activity Box suited to individuals requiring stimulation with therapeutic intervention.

Siobhan Coen, Occupational Therapist at Portiuncula University Hospital, said that approximately one in three patients aged 70 and older admitted to Irish hospitals have dementia and this figure will increase annually as the population ages.

People living with dementia are among the most vulnerable patients in hospital as they are often older, frail, and very prone to delirium, falls, pressure ulcers, and malnutrition which are key safety issues in hospitals.

“Included in the information pack is the ‘Seo Is Mise – This is Me’ booklet containing information for service users and their families on the availability of support services in Ballinasloe and surrounding areas,” said Siobhan Coen.

“It also includes the ‘Think Ahead’ form developed by the Irish Hospice Foundation which encourages service users and their families to discuss and record their wishes in regard to all aspects of their future care.”

Another part of the initiative is the introduction of a Dementia Activity Box to enhance the patient’s experience at the hospital.

Speaking about the importance of the box, Siobhan Coen said it aims to promote a more cognitively stimulating environment for our patients with dementia.

The Dementia Activity Box is equipped with a variety of both traditional and new technology products such as jigsaws, conversation balls and iPads which will be used to cognitively stimulate patients and hopefully better build relationships among staff and their patients.

These products are evidence-based to facilitate engaging conversations, stimulate senses and promote reminiscence between patients with dementia, staff and carers.

“It will support optimum health and wellbeing during the patient’s hospital stay and help reduce the anxiety and confusion that can occur whilst in an unfamiliar hospital environment,” she said.